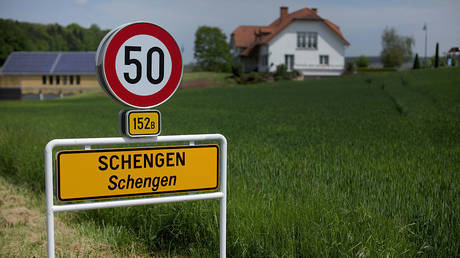 The Schengen Area, Europe’s visa-free travel zone, will expand for the first time in over a decade after all 26 member states voted on Thursday to accept Croatia into the agreement. The country will become a full-fledged member of the passport-free zone as of January 1.

Romania and Bulgaria, however, have once again failed to join the zone, which primarily consists of EU states, as well as countries such as Switzerland, Norway and Iceland. Their bids, which required unanimous approval, were denied by Austria, which cited concerns over border security and unauthorized migration.

Vienna’s objection was slammed by other member nations as the European Commission, which is in charge of assessing potential Schengen candidates, deemed the two Balkan states to have met all necessary requirements for joining the passport-free zone since at least 2011.

Ahead of the vote, German Foreign Minister Annalena Baerbock pleaded with Austria to reconsider its position on Romania and Bulgaria, arguing they were just as deserving as Croatia of becoming part of the Schengen zone, noting that the EU Commission had confirmed this again only a few weeks ago. 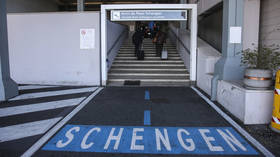 Austria speaks out against Schengen expansion

The two Balkan states became full members of the European Union in 2007, nearly six years before Croatia in 2013.

“I will vote today against the Schengen enlargement to Romania and Bulgaria,” Austrian Interior Minister Gerhard Karner insisted on Thursday ahead of the vote. “I think it is wrong that a system that does not work in many places should be enlarged.”

Austria, which has reported the arrival of over 100,000 unauthorized migrants this year, says it has little trust in Romanian and Bulgarian border controls. It argues that removing checks on people coming from these countries would open up the Schengen zone to more illegal immigration.

Home Affairs Commissioner Ylva Johansson told reporters that the lack of unity on the issue “makes us very weak.” She insisted Romania and Bulgaria “deserve to be full members” of Schengen and that she would continue to “support every step to achieve this.” (RT)