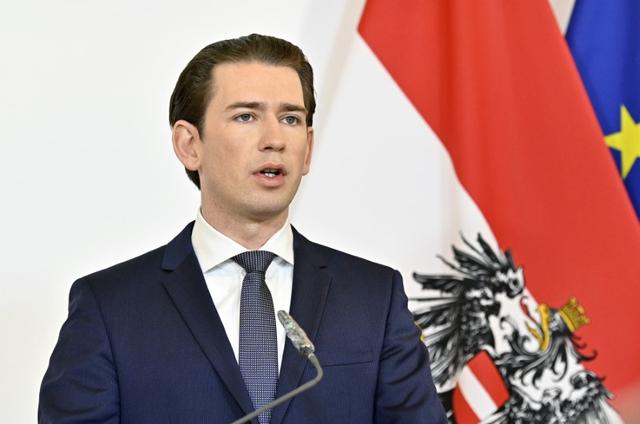 The Alpine republic with a population of 8.8 million has tested around 28,400 people so far with nearly 4,900 cases and 28 deaths confirmed.

It was one of the first European countries to put severe restrictions on movement and close shops and schools in response to the developments in neighboring Italy and a strong increase in coronavirus infections in its western regions.

In coming weeks, Austria plans to test up to 15,000 people per day, the chancellor said.

“We will also launch rapid tests, to test hundreds of thousands of people, as quickly as possible,” Kurz told a news conference.

He referred to brand new tests that are comparably cheap but take longer than laboratory tests used up until now.

Broad testing is key to getting a clear picture of the real infection rate and an idea of how many people have developed immunity against the virus, the chancellor said.

Top priority was to delay the peak of infections as long as possible to avoid a situation like in Italy or Spain, where the health systems are overwhelmed.

“Our goal is that the number of infections doubles only every 14 days and not every two, three or five days and that we will set the right measures to keep it that way once we ramp up social life again,” Kurz said.

Austria’s strict measures are in place until April 13, and Kurz said there was hope that a gradual withdrawal could start the day after.

A government task force developing scenarios for the “ramp up” was currently dealing with questions such as in which order schools, businesses and production should restart.

Lessons from other countries showed that it was crucial to remain disciplined and to make use of “big data”.

Asked what he meant by “big data”, Kurz said: “We are currently working with the Red Cross and other enterprises on ideas that could be implemented in Austria and in Europe, and which are suitable for our system and our democracy.”

Austria’s Red Cross is promoting a so-called “Stop Corona” app, which enables a user to digitally store who he meets and when. If a person shows symptoms of corona disease, these contact persons can be notified.

Austria’s mobile carrier A1 Telekom Austria is already sharing results from a motion analysis application that visualizes the movement flows of groups of people with the health authority.

Some 779 people received their anti-coronavirus shots in Azerbaijan today, the Task Force under the…

15:29 Arkady Zlochevsky: ‘Azerbaijan’s transit facilities are of strategic and fundamental importance for Russia’

14:26 Mammad Abbasbayli: ‘We should focus on food security of Azerbaijan’

14:00 EC: EU replacing supplies from Russia at expense of US, Norway