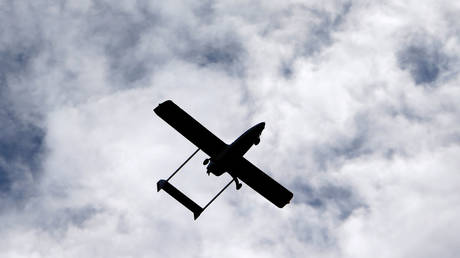 An Australian couple in Iran were detained for breaking a law forbidding the flying of drones without a proper permit, according to new details that have emerged about the incident.

The couple, an Australian-British woman and her Australian boyfriend, were arrested some ten weeks ago in Iran, British and Australian media have reported. On Wednesday, Australia’s Department of Foreign Affairs and Trade (DFAT) confirmed that it has been providing consular assistance to the families of three Australians detained in Iran, and it is believed that the duo is among those three.

While Canberra refused to disclose the identities of its citizens, and has not revealed the cause of their arrest, the mainstream media feasted on the reports, portraying the couple as innocent tourists thrown into a “notorious Tehran prison” after they camped out at a military area around Jajrood.

Fresh reports suggest that the couple was detained specifically for flying a drone near the capital, Tehran, thus violating an Iranian law banning the operation of this type of device without a government-issued license.

London-based Persian-language Manoto TV reported that the couple “were unaware” of the law, and their family blames a “misunderstanding” for their arrest.

The pair, identified in media reports as Jolie King and Mark Firkin, were prolific travel bloggers who had travelled through Asia documenting their journey on YouTube, Facebook and Instagram. Their last stop before Iran was Pakistan.

One of the goals the couple had reportedly set for the themselves was to “break the stigma around traveling to countries which get a bad rap in the media,” the Australian reported. (RT)