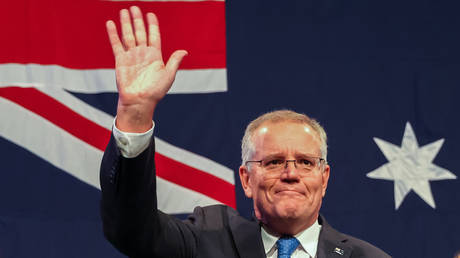 Australian Prime Minister Scott Morrison has admitted defeat following the country’s federal elections on Saturday, calling Labor Party chief Anthony Albanese to congratulate him on his victory. The PM conceded in a televised speech from Liberal headquarters in Sydney, adding that he would stan