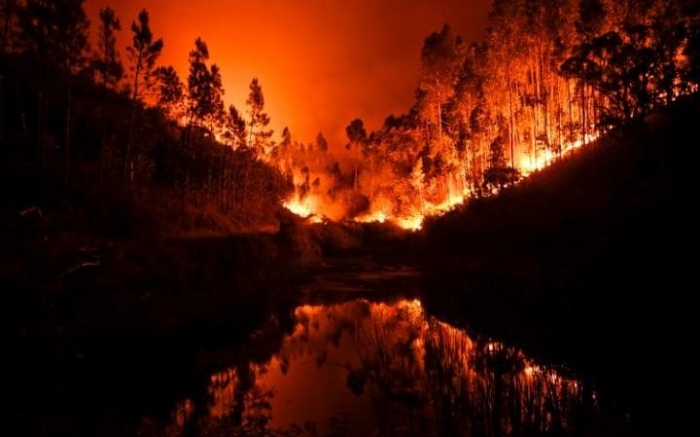 Smoke from wildfires in Australia has drifted across the Pacific and affected cities in South America, and may have reached the Antarctic, the U.N. World Meteorological Organization said on Tuesday, according to Reuters.

Smoke from the fires had already turned skies bright orange over Auckland in New Zealand.

But skies as far away as over central Chile have now gone grey because of the smoke and the WMO cited reports that the sunset in Argentina’s capital, Buenos Aires, had turned red.

“The fires have led to hazardous air quality, which has affected human health, in major cities in Australia, spreading to New Zealand and sent smoke drifting thousands of kilometres across the Pacific to South America,” WMO spokeswoman Clare Nullis told reporters in Geneva.

Smoke had “probably” reached the Antarctic, she said.

The fires, which have raged for months in Australia, have already emitted 400 megatonnes of carbon dioxide into the atmosphere and produced harmful pollutants, the EU’s Copernicus monitoring programme said on Monday.

Brown sooty deposits have already been reported on glaciers in New Zealand, potentially accelerating the rate at which they are melting, the programme said.