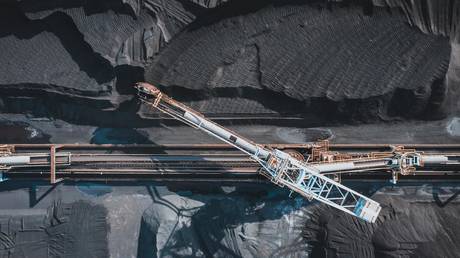 Australia continues to back its coal industry as many Western nations have turned their back on the dirtiest fossil fuel, approving a third coal mine extension in a month and bolstering partnerships for long-term coal exports.

We already know the demand is there, with China requiring increasing coal to bridge its fuel demand gap, but Australia is one of the few remaining nations outside of Asia to continue to back coal as a major energy source.

Earlier this month, Australia approved its third coal mine extension within a month. In September, Environment Minister Sussan Ley approved extensions for the Whitehaven Coal and Wollonggong Coal mines. The latest extension approval was for the Glencore Mangoola thermal coal mine in New South Wales, allowing it to continue production for eight more years, mining approximately 52 million tons of coal.

But it’s not just other countries that are putting pressure on Australia to join them in curbing its coal production. In May, a ruling from Australia’s high court encouraged the country’s environment minister to reconsider coal mine expansions due to the obligation the ministry has to the Australian childrens’ future, as well as the general impact of coal production and use on climate change.

While environmental activists and international energy organizations are less than happy with Australia’s ongoing support for coal, many Australians back the decision to expand mines because of their contribution to the country’s employment. Around 400 workers are currently employed at Glencore, and the expansion will add 100 construction jobs.

Australia is the world’s biggest exporter of coal, with strong links to the Asian market. To date, Australia has made no pledge to reduce carbon emissions to net-zero by 2050, unlike many of its Western counterparts. Many countries across Europe and North America have vowed to rapidly reduce carbon emissions, an aim that is expected to be reinforced in the upcoming COP26 climate summit in Glasgow this month, which Australia’s Prime Minister Scott Morrison will attend.

Also on rt.com EU’s green energy policy must be based on economic & climate concerns, not political competition – Hungarian FM to RT

However, shortly after the announcement of the third expansion project, Australia’s resources minister proposed the establishment of a state-run $180-billion lending option for the coal industry, with the stipulation that borrowers support a net-zero carbon emissions target. This strategy comes as banks and insurers become less willing to lend to the dying coal sector.

Australia’s dependence on coal is not surprising considering its close proximity to the Asian market, where coal demand remains high. Several Asian countries, most notably China and India with their ever-expanding populations, continue to rely on coal, as well as oil and gas, to meet their national energy demand.

“While China unambiguously needs as much coal as it can get its hands on to avert a [fourth-quarter] slowdown due to the tyranny of rolling power shortages, geopolitical tensions with Australia have waylaid the most convenient source of high-calorific coal from Down Under,” Vishnu Varathan, head of economics and strategy for Asia and Oceania treasury department at Mizuho, stated of China’s reliance on coal imports.

However, in late 2020, China ended its coal imports from Australia following difficult trade relations, namely Australia’s support for an international inquiry into China’s management of the Covid-19 pandemic. Coal is Australia’s third-largest export to China, a country that accounts for 32.6% of all Australian exports, with Australia exporting more to China than it imports.

After reportedly telling utilities and steel mills to stop all Australian coal imports, China began to import its coal from regional exporters Indonesia, Mongolia, and Russia. India has apparently been buying discounted coal that was left stranded in Chinese customs following the falling out between China and Australia. In recent months, Indian cement makers and sponge iron plants have sought to boost supplies with this low-cost option.