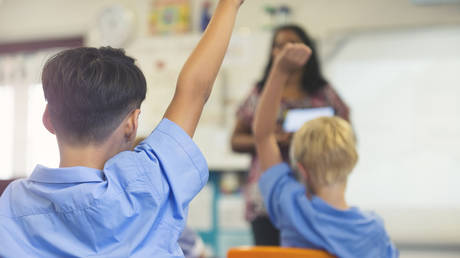 Australian Education Minister Alan Tudge has been accused of peddling “culture wars rubbish” after he said the country’s draft school curriculum offers a “negative view” of its history that impacts students’ desire to “defend it”.

The minister has waged a months-long campaign against portions of the proposed new curriculum – currently being reviewed by the Australian Curriculum, Assessment and Reporting Authority (ACARA) – that, he claims, has “ideological misgivings” about the country.

During a speech on Friday, Tudge criticized revisions to the history syllabus as downplaying “matters core to who we are as a nation” and raised concerns that students would not “leave school with a love of country and a sense of optimism and hope”.

Describing a recent poll that showed “40% of young Australians” preferred a non-democratic system of government as a “catastrophe”, Tudge said there had “not been a more important time since the 1940s” to teach students the “origins, values and singular greatness of liberal democracy”.

“If students don’t learn this, they won’t defend it as previous generations did,” Tudge said, referencing the “growing” influence of “authoritarianism and communism” with the “rise of an assertive China”. He also seemingly cited the recent Taliban takeover of Afghanistan as evidence that “fundamentalist Islam remains a dominant force” in many countries.

The minister had previously warned the history curriculum changes could result in students developing “a hatred” of Australia and said he did not want “students to be turned into activists”. In April, when public consultation on the draft curriculum began, Tudge said it should not “honor our indigenous history” at the “expense of dishonoring our Western heritage, which has made us the liberal democracy that we are today.”

A number of Tudge’s state counterparts criticized his comments, with Victorian education minister James Merlino labelling it “ham-fisted culture wars rubbish”. Merlino told Guardian Australia that it was important to expose students to a “variety of perspectives” about the country’s “both inspiring and incredibly challenging” history.

Meanwhile, Queensland’s education minister Grace Grace told the outlet that it was not helpful for Tudge to “provide a personal running commentary” on the curriculum while the independent ACARA review was ongoing.