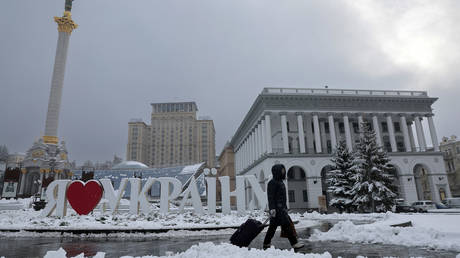 People are seen in the Maidan square as snow falls in Kiev, Ukraine on November 19, 2022. ©  Getty Images / Jeff J Mitchell

The ongoing conflict is also taking a heavy toll on the mental health of Ukrainians, a senior WHO official says People are seen in the Maidan square as snow falls in Kiev, Ukraine on November 19, 2022. © Getty Images / Jeff J Mitchell

This winter may be a “life-threatening” experience for “millions” of Ukrainians, Hans Kluge, the World Health Organization (WHO) regional director for Europe, has warned. Up to three million Ukrainians are expected to migrate “in search of warmth and safety,” Kluge said on Monday during a press conference in Kiev.

“We expect 2–3 million more people to leave their homes in search of warmth and safety. They will face unique health challenges, including respiratory infections such as Covid-19, pneumonia and influenza, and the serious risk of diphtheria and measles in under-vaccinated populations,” Kluge stated.

Those who remain at home will likely be forced to opt for “alternative heating methods,” the official said, warning that doing things “like burning charcoal or wood, or using generators fueled by diesel, or electric heaters” carry health risks as well. 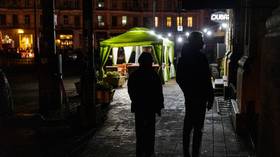 They include “exposure to toxic substances that are harmful for children, older people and those with respiratory and cardiovascular conditions, as well as accidental burns and injuries,” he said.

The ongoing conflict is also taking a heavy toll on the mental health of Ukrainians, according to Kluge. Some 10 million of them are already “at risk of mental disorders such as acute stress, anxiety, depression, substance use and post-traumatic stress disorder, or PTSD,” the official said.

According to the latest UN figures, more than 7.8 million refugees from Ukraine have migrated to Europe amid the conflict between Moscow and Kiev that broke out in late February. Some 4.7 million of them have been registered for Temporary Protection or similar national protection schemes across the EU. A sizable portion of the refugees, however, have gone to Russia, with more than 2.8 million recorded in the country. (RT)