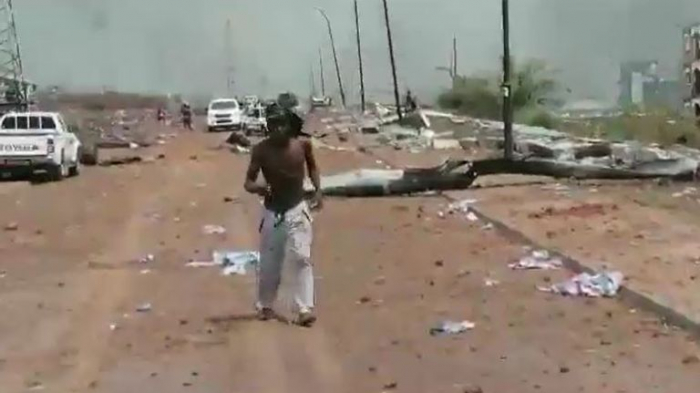 At least 20 people were killed and more than 500 others injured in a series of four explosions at an army barracks in Bata, the most populous city in Equatorial Guinea, local media reported.

He said the incident was due to “negligence and mishandling of dynamite” at the military barracks in Mondong Nkuantoma neighborhood that damaged almost all the houses and buildings Bata.

The president said he instructed the authorities to undertake the necessary investigations to fully clarify what happened and the responsibilities that may arise, as well as the quantification of the damages caused.

He also called on the people to remain calm.

The statement said the president launched an appeal to seek the support of the international community and national benefactors for Equatorial Guinea in these difficult times that coincide with the economic crisis due to the fall in oil prices and the COVID-19 pandemic.

“Our health professionals continue to provide care at the scene of the tragedy and in health centers,” the Health Ministry tweeted late Sunday.

The injured were transported to Bata General Hospital, Hospital La Paz, and Nuevo Inseso Hospital, according to the ministry.

Bata is a port and commercial city on the mainland of Equatorial Guinea.

The country’s economy relies heavily on its oil and natural gas industry, which accounted for more than 60% of its gross domestic product, 80% of its fiscal revenue, and 86% of its exports in 2015, according to the International Monetary Fund’s country reports.