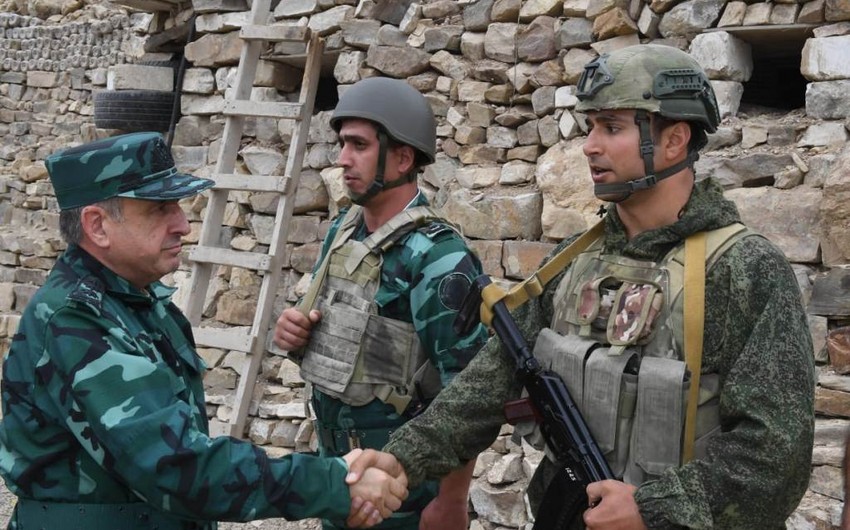 During the visit, they inspected the implementation of the instructions of the President, Supreme Commander-in-Chief of the Armed Forces Ilham Aliyev, and the service and living conditions of service members and met border guards serving at checkpoints on the state boundary with Armenia.

The officials reviewed the course of military construction work in the Gazakh special border division and measures further to strengthen the necessary frontier protection and defense infrastructure. They gave instructions required to increase military units’ combat readiness and ensure the state border and personnel security inviolability.

Azerbaijani President Ilham Aliyev has sent a letter of condolence to Berna Yilmaz, the spouse…

Putin did not reply directly to Pashinyan’s letter

President: Value of ammunition we destroyed and took as booty is $2.7 billion

The weather will be changeable cloudy, gloomy and mostly dry in Baku and Absheron peninsula…

In January-August this year, Azerbaijan exported 7.521 billion cubic meters of gas to Turkey, which…

The Azerbaijani Army have been destroying the members of the PKK / YPG terrorist organization,…

“The fact that 85 year old Evgenia Babayan, who was extradited to Armenia with the…

“In a telephone conversation with my brother Mevlut Cavusoglu, I expressed my deepest condolences to…