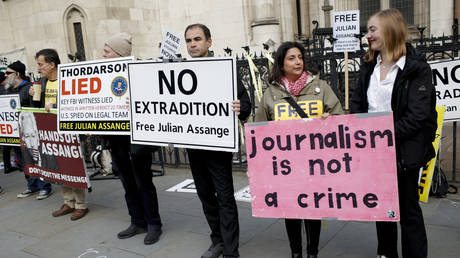 A group of US journalists and lawyers have sued the CIA and its former director Mike Pompeo for allegedly spying on them, in violation of their constitutional rights, during their visits to WikiLeaks co-founder Julian Assange when he was holed up in the Ecuadorian embassy in London.

The lawsuit, which was filed on Monday in US District Court in New York City, accused the CIA of violating the privacy rights of more than 100 American citizens who met with Assange in 2017 and 2018. The agency, which is legally prohibited from collecting intelligence on US citizens, spied on journalists, lawyers and even doctors who visited the embattled Australian-born editor and activist while he was taking refuge at the Ecuadorian embassy, the suit claimed.

Plaintiffs in the case include journalists John Goetz and Charles Glass, as well as two lawyers who represented Assange, Deborah Hrbek and Margaret Kunstler. (RT)