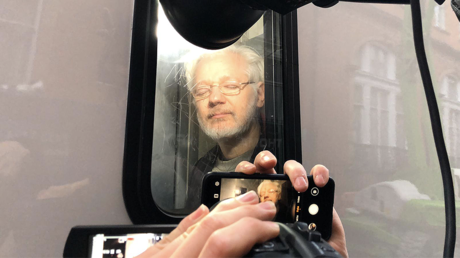 WikiLeaks founder Julian Assange has been filmed leaving Westminster Magistrates’ Court in a police van after a brief preliminary hearing on Monday, part of his bid to prevent his extradition to the US to face espionage charges.

The 48-year-old Australian – who has been charged by the US with conspiracy to commit computer intrusion, working with former army intelligence analyst Chelsea Manning to break into Department of Defense systems and gain access to US state secrets – left court after a 12-minute hearing in London. (RT)