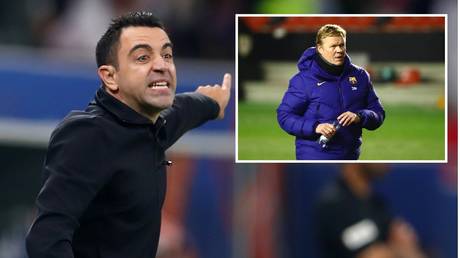 Xavi has been tipped for talks on replacing Koeman at Barcelona. © Reuters

Reports from Catalonia claim that club legend Xavi Hernandez is arriving home for his holidays and will negotiate a potential switch from Al Sadd to take over as FC Barcelona head coach. But is it the right move for the Blaugrana?

On Monday, SPORT claimed that the 41-year-old’s main focus of negotiation is not just to see what Barca has to offer on the economic side of things, but also what their vision is for the future philosophically-speaking.

Previously aligning himself with presidential candidate Victor Font, the iconic midfielder had plans to completely revolutionize the structure of the first team and the La Masia academy he came through if Font won the election in March.

Of course he didn’t, with Xavi’s failure to come out and publicly endorse the telecommunications magnate cited as one of the main factors in Font failing at the ballots. 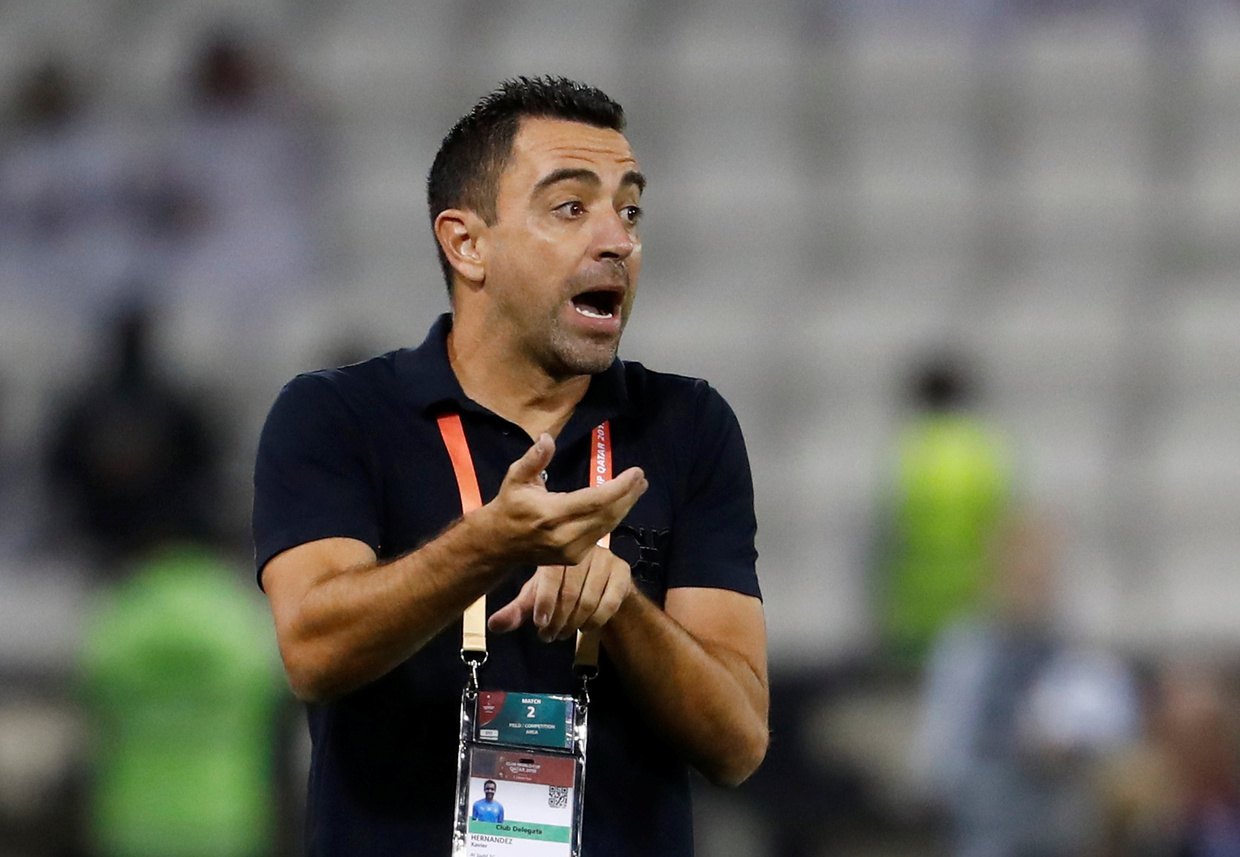 Socios went for the charisma of Joan Laporta instead, longing for a return to the glory days of the sextuple in 2009 on his watch of which Xavi was a focal part.

First linked to the manager’s job in the doomed reign of Josep Bartomeu to replace Ernesto Valverde, Xavi declined and the role instead went to Quique Setien.

Lasting just eight months, Setien was then fired following the 8-2 humiliation to Bayern Munich in the Champions League, and Dream Team legend Ronald Koeman left a cushy role with the Netherlands to take over the reins at his cherished club despite it drowning in a footballing, economic and institutional crisis.

With each passing poor result, as the La Liga title slips further away and is now mathematically impossible to win, it looks increasingly likely that ‘Tintin’ will be Barca’s third dismissed tactician in under a year and a half.

Responding to SPORT’s scoop as the Catalan media’s rumor mill goes into overdrive, RAC allege that there is a “99% chance” Koeman won’t be kept on.

There is a 99% chance that Ronald Koeman won’t be kept on as Barcelona head coach next season. (Source: RAC1) pic.twitter.com/9jVRy0oQ8M

Always keen to poo-poo their main print rival’s findings, Mundo Deportivo concede that Barcelona aren’t ruling out a change of manager, but sources backstage at the Camp Nou insist that a decision to eject the hero of their first UCL win at Wembley in 1992 under Johan Cruyff hasn’t been made yet.

Presuming that Saturday’s dead rubber against Eibar is his last game then, is the decision to swap Koeman for Xavi wise?

Operating on a shoestring budget with just one noteworthy signing made in right back Sergino Dest, Koeman has done a good job all things considered.

Getting Lionel Messi to enjoy his football again, he has promoted youth products such as Ilaix Moriba, Ronald Araujo and Oscar Mingueza plus 18-year-old whizzkid Pedri from Las Palmas who is already a full senior Spanish international.

Granted, he has failed in big games in La Liga and on the continent, yet Koeman still delivered the Copa del Rey which was the Blaugrana’s first piece of silverware in two years.

On their way to the final, a gutsy comeback in the semis against Sevilla demonstrated the team spirit and union he has managed to foster.

SPORT write that his departure would leave a “sour feeling” among some stars, as others suggest that these achievements alone show Koeman deserves another term.

This Barcelona team overachieved by winning the Copa del Rey. Only reason Barcelona and even Madrid are still in the running is because Atletico decided to lose and draw after taking a 12 point lead. This is a team that was broken, Messi wanted to leave, new coach, no president.

Mired in over $1 billion worth of debt while trying to get Lionel Messi to sign on the dotted line and not leave on a free at the turn of July, is more instability what Barca need?

Disregarding this, restless Cules spoiled by the successes of the past decade and a half point to the limp capitulation of the past fortnight in the title race as reason enough to make changes.

After all, Laporta’s history of taking risks of this nature, on figures with little experience in elite European football intertwines with some of the most cherished by fans.

Laporta was previously the Barcelona president from 2003-2010. It is one of the club’s most successful periods in which they clinched 12 major trophies, including their first treble under Pep Guardiola in 2009. He stated that he has the best chance of keeping Lionel Messi. pic.twitter.com/1rlqufHzjO

The first he took a punt on was Frank Riijkard, who helped Ronaldinho become the best player in the world and delivered a second UCL in Paris in 2006 in addition to back-to-back La Liga crowns.

The last? A certain Pep Guardiola, who was promoted from the B reserve team to introduce an outfit that wowed the planet with Tiki-taka as silverware showered down season-upon-season.

Learning from and playing on the instructions of all these individuals, with a well-renowned footballing brain himself, Xavi could convince Messi to stay, look inwards to La Masia without the need to make lavish, unaffordable transfers, and possibly lead Barca to rule Spain and Europe once more.