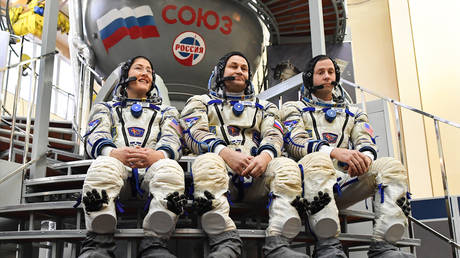 Since the launch of the International Space Station in 1998, Roscosmos and NASA have worked together to service the most famous man-made satellite. Now, the latter is considering reducing its representation in Russia.

That’s according to news agency RIA Novosti, citing a source in the rocket and space industry.

As things stand, NASA has employees stationed in Russia’s Cosmonaut Training Center near Moscow, as well at the Mission Control Center and the Institute of Biomedical Problems.

Also on rt.com Foes on the ground, but friends in space: American astronauts on ISS give their food to Russian cosmonauts after supplies run out

According to RIA’s source, the majority of cuts are expected at the Cosmonaut Training Center, due to the “termination of regular flights of American astronauts on Russian Soyuz spacecraft.” From 2011 to 2020, the US was reliant on Russia’s Soyuz spacecraft as the only means for Americans to reach the International Space Station (ISS). Last year, Elon Musk’s SpaceX Crew Dragon allowed the US to find its own way to the satellite, meaning NASA is no longer dependent on Soyuz.

The Cosmonaut Training Center is located in Star City and is home to much of Russia’s space-focused military research. The cuts are unlikely to affect the US’ presence in the ISS Mission Control Center. (RT)