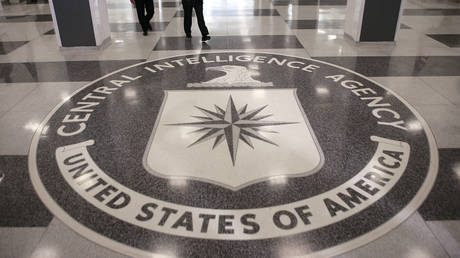 Reports that the CIA is running training programs to prepare Ukrainian forces for unconventional warfare bear an uncanny similarity to a long-exposed Cold War-era project. If history is any judge, it is likely to end the same way.

A tranche of allegations recently published in the press, ostensibly sourced to “five former intelligence and national security officials familiar with the initiative,” claims that America’s top spy agency has been, since 2015, conducting training for select Ukrainian military and security personnel. According to the speculation, the program aims to develop skillsets associated with unconventional warfare (UW), a form of conflict often referred to as insurgency. These reports say that the training takes place in the US, and is overseen by the CIA’s paramilitary arm, the Special Activities Division.

The Department of Defense defines UW as “activities conducted to enable a resistance movement or insurgency to coerce, disrupt or overthrow an occupying power or government by operating through or with an underground, auxiliary or guerrilla force in a denied area.” The term ‘guerrilla force’ is further defined as “a group of irregular, predominantly indigenous personnel organized along military lines to conduct military and paramilitary operations in enemy-held, hostile, or denied territory.”

If the press reports are to be believed, the CIA is actively training Ukrainian citizens to resist a Russian occupation. One reading of this would be that Washington is creating a capability designed to inflict a follow-on cost to any future Russian military invasion and occupation of Ukraine, something Russia insists it is not preparing for. Another reading, given the fact that both Ukraine and the US consider Crimea and the Donbass to be territories that are illegally occupied, is that the CIA could be training Ukrainian forces to conduct offensive guerrilla warfare on lands either controlled directly by the Russian government, which has been the case in Crimea since 2014, or controlled by anti-Kiev separatists, as in Donbass. Either version would be cause for alarm in Moscow.

From Nazis to communists

If true, the reported CIA activity would not represent the agency’s first foray into organizing Ukrainians to fight against the authority of Moscow. At the conclusion of WWII, the CIA established close contacts with two Ukrainian resistance groups, the Organization of Ukrainian Nationalists (OUN) and the Ukrainian Insurgent Army (UPA), which fought alongside Hitler’s Nazi Germany against the Soviets. 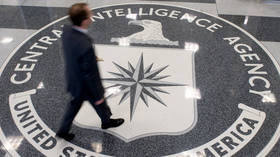 Initially, the support was geared toward facilitating the unconventional warfare activities of OUN-UPA fighters. Agents were identified and recruited with the assistance of the West German Gehlen Organization, named after General Reinhard Gehlen, head of the Nazi German military intelligence (the 12th Department of the German Army General Staff-Foreign Armies East, or FHO) on the Eastern Front during World War II.

Gehlen controlled numerous networks of agents who continued to work on behalf of Nazi Germany up until the end of the war. After the fighting ended, the United States took control of the 12th Department and, with Gehlen still at the helm, transferred it and its network of agents to US control. Gehlen’s organization would provide the US with Ukrainian individuals under its control, who were trained by the US Army in West Germany, and then dispatched to eastern Poland/western Ukraine, where they helped coordinate an active resistance which continued up until 1955.

Once the Soviets had defeated the paramilitary arm of the OUN-UPA, the CIA transitioned its focus away from unconventional warfare toward political covert action, funding a variety of publications which were used to disseminate anti-Soviet propaganda both inside Ukraine and around the world. This effort was known by the CIA cryptogram ‘AERODYNAMIC’, and continued up until the eve of the collapse of the Soviet Union in 1990.

According to press reports, the CIA is carefully vetting the personnel receiving the UW training to ensure that ideologically incompatible persons, for example, those affiliated with neo-Nazi organizations, and potential Russian double agents, are not brought into the program. There are two problems with this scenario as presented: First, the segment of indigenous society most suitable for sustaining a long-term post-Russian occupation resistance is the modern-day incarnation of the OUN-UPA. (RT)