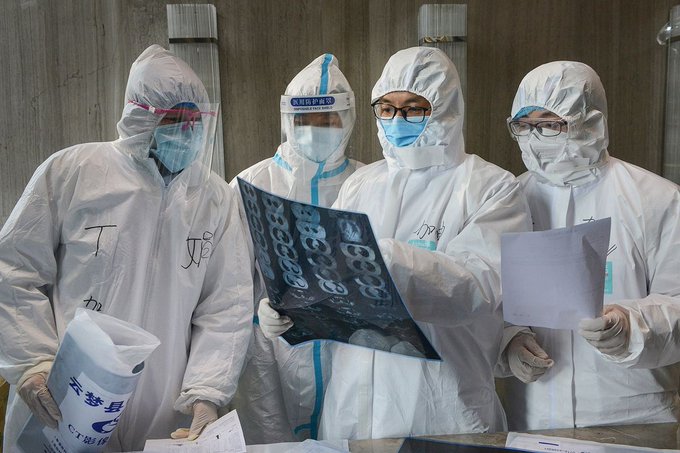 Disease outbreaks like the coronavirus often unfold too quickly for scientists to find a cure. But in the future, artificial intelligence could help researchers do a better job.

While it’s probably too late for the fledgling technology to play a major role in the current epidemic, there’s hope for the next outbreaks. AI is good at combing through mounds of data to find connections that make it easier to determine what kinds of treatments could work or which experiments to pursue next.

The question is what Big Data will come up with when it only gets meager scraps of information on a newly emerged illness like Covid-19, which first emerged late last year in China and has sickened more than 75,000 people in about two months.

The fact that researchers managed to produce the gene sequencing of the new virus within weeks of the first reported cases is promising, since it shows there’s far more immediate data available now when outbreaks happen.

Andrew Hopkins, chief executive officer of Oxford, England-based startup Exscientia Ltd. is among those working to help train artificial intelligence for drug discovery. He figures new treatments could go from conception to clinical testing in as little as 18 to 24 months within the next decade, thanks to AI.

Exscientia designed a new compound for treating obsessive-compulsive disorder that’s ready to be tested in the lab after less than a year in the initial research phase. That’s about five times faster than average, according to the company.

Cambridge-based Healx has a similar approach, but it uses machine learning to find new uses for existing drugs. Both companies feed their algorithms with information — gleaned from sources such as journals, biomedical databases and clinical trials — to help suggest new treatments for diseases.

The two companies each use a team of human researchers to work alongside the AI to help guide the process. In Exscientia’s approach, dubbed the Centaur Chemist, drug designers help teach the algorithms strategies for searching for compounds. Healx puts the AI’s predictions to researchers who analyze the results and decide what to pursue.

Neil Thompson, Healx’s chief science officer, said the technique could be deployed against an outbreak like the coronavirus as long as it had enough data on the new disease. Healx isn’t working on tackling the coronavirus or tweaking its technology for outbreaks, but it wouldn’t be a stretch.

“We’re quite close,” Thompson said in an interview. “We wouldn’t need to change much about the AI algorithms we use. We look at matching drug properties to disease features.”

Artificial intelligence algorithms are already starting to churn out drugs for the diseases we know about. Researchers at the Massachusetts Institute of Technology said on Thursday that they’d used the method to identify a powerful new antibiotic compound that could kill an array of troublesome bacteria, even some that are currently resistant to other treatments.

One catch for all these technologies is clinical testing. Even drugs already safe for use to cure one ailment should be tested again before they’re prescribed for another. The process of showing they are safe and effective on a large number of people can take years before going to regulators for review.

To be effective, AI-based drug developers would have to plan ahead of time, picking out a virus genome likely to cause problems in the future and targeting it when there are few incentives to do so.

Another obstacle is finding qualified staff.

“It’s hard to find people who can operate at the intersection of AI and biology, and it’s difficult for big companies to make quick decisions on technology like this,” said Irina Haivas, a partner at venture capital firm Atomico and former surgeon who sits on the board of Healx. “It’s not enough to be an AI engineer, you have to understand and get into the applications of biology.”