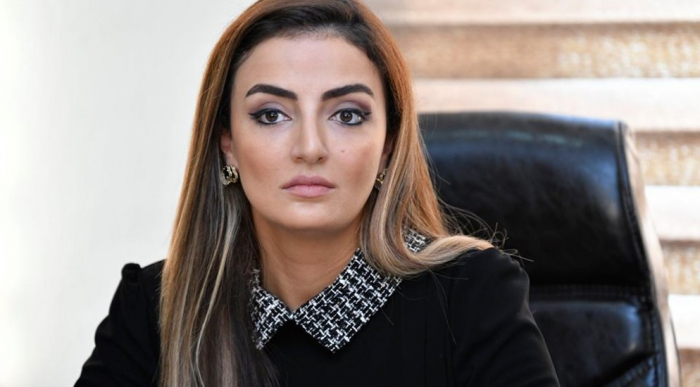 In the article, Head of the Azerbaijan-Croatia Interparliamentary Relations Working Group, Azerbaijani MP Konul Nurullayeva drew the international community’s attention to the occupation policy of Armenia and the hate crimes committed by members of the Armenian diaspora against Azerbaijanis.

“Azerbaijan has always supported the peaceful way of resolving the Nagorno-Karabakh conflict within international law and demonstrated a constructive approach in the negotiation process under the co-chairmanship of the US, France and Russia. Baku justifiably expects the same constructive approach from the opposite side. But these expectations yielded no results yet. And in the course of peaceful protests abroad, it was representatives of the Armenian diaspora who violated public order,” the article said.

“After the provocation on the [Azerbaijani-Armenian] border, the Armenians attacked the buildings of Azerbaijan’s diplomatic missions abroad. Some of these provocations took place in the US,” the article noted.

“Provocation and an attack were carried out in Los Angeles, where a group of Armenians surrounded the building of the Consulate General of Azerbaijan in LA. They attacked members of the Azerbaijani community, who were conducting a peaceful rally, and inflicted bodily injuries of varying severity on seven Azerbaijanis, including one woman. The Los Angeles Police Department (LAPD) confirmed that it was the Armenians who attacked the Azerbaijanis during these events. In addition, in connection with the incident, LAPD announced that a criminal case would be initiated not only under the article ‘bodily harm’, but under a more serious article – a hate crime,” noted the article.

The US Ambassador to Azerbaijan Earle Litzenberger, who was summoned to the Azerbaijani Ministry of Foreign Affairs due to the incident, emphasized the inadmissibility of justifying the attack on Azerbaijanis by vastly outnumbering Armenians. “The US supports the right to free speech, but such actions of the Armenians are completely unacceptable.”

“On July 22, the Armenians living in Belgium also held an aggressive demonstration in front of the Azerbaijani embassy in Brussels and the mission to the EU. As a result of the attacks of the Armenians, who threw stones, sharp objects and pyrotechnics at the embassy building, six representatives of the Azerbaijani diaspora, as well as one journalist, were injured. In addition to damaging a building and a car belonging to a member of the Azerbaijani community, an attempt was made to attack the area where the families of diplomats live,” said the article.

Nurullayeva noted that both in peace negotiations and along theAzerbaijani-Armenian border, Armenia demonstrates similar aggression and destructiveness as in the streets of Europe and the US.

“Unfortunately, it is precisely because of Armenia’s destructive position no results have been achieved in the peace negotiations. After the adoption of four resolutions of the UN Security Council, as well as the announcement of a ceasefire between Armenia and Azerbaijan, about 900 Azerbaijani servicemen were killed and injured as a result of Armenian attacks. In total, as a result of Nagorno-Karabakh conflict 20,000 of our compatriots died and 50,000 became disabled; during the conflict, more than 6,000 Azerbaijani citizens went missing or were taken hostage. Over a million of our compatriots were expelled from their lands and became refugees and internally displaced persons (IDPs),” the article said.

“It is necessary to increase pressure on Armenia so that it abandons its occupation policy, the hate crimes should be replaced by efforts to strengthen peace and an atmosphere of trust. The co-chairs of the OSCE Minsk Group should be active in this process,” added the article.