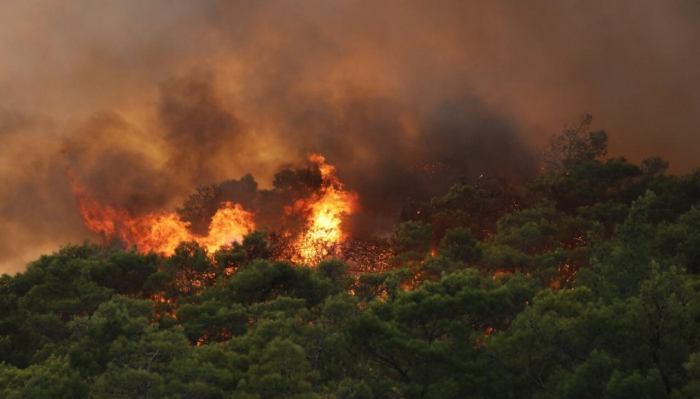 Turkish people on social media were quick to put the blame on the PKK terrorist group-linked “Children of Fire Initiative” late Thursday for a series of fires that have hit Turkey recently, as PKK sympathizers also hailed the fires on Twitter, according to Daily Sabah.

The PKK has a long history of burning Turkey’s forests as a method of “vengeance” from the Turkish state and causing civilian deaths and environmental destruction in the process.

Forest fires spread to a vast area in southern Turkish provinces earlier on the same day, from the summer getaway of Antalya to Adana and Mersin. Fires started Wednesday, threatening residential areas.

Their almost consecutive nature triggered concerns that they might be the result of a string of arson attacks, which Turkish netizens blamed the PKK for. The so-called “initiative” has yet to claim responsibility for the fires, but their past makes them the prime suspect in the incidents. One of the PKK’s highest-ranking members, Murat Karayılan, also previously hailed the method of using arson in terrorist attacks in a statement.

“Two or three youths may well gather and do something. They may say ‘we don’t have a weapon’ but their weapons are lighters and matches,” he said.

Şemdin Sakık, another high-ranking PKK terrorist, also previously said that the terrorist group would resort to similar actions if need be. “If we run out of weapons, we will go to Bodrum and burn their yachts, go to Antalya to burn their greenhouses, go to Istanbul to burn their cars and go to Izmir to burn their forests,” he said.