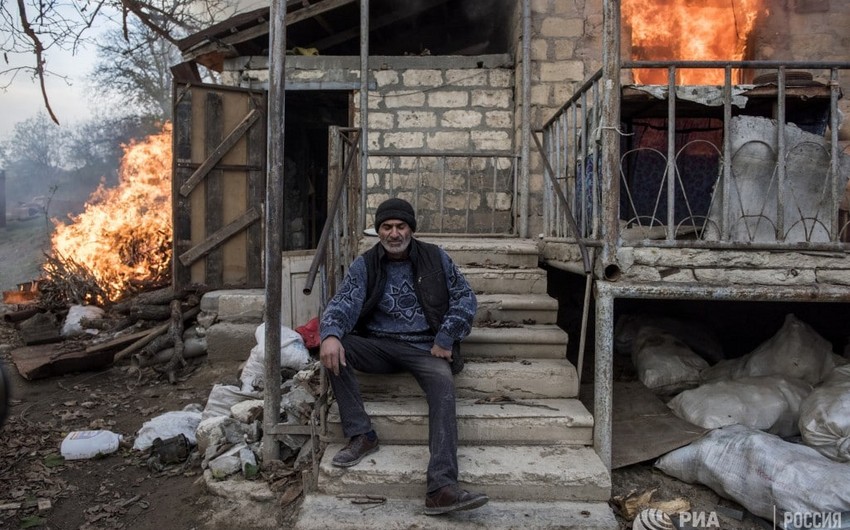 Armenians leaving the Lachin region are demolishing and burning their houses just like in Kalbajar.

According to Report, this was reflected in the photos of RIA Novosti correspondent.

Armenians, who settled in the homes of Azerbaijanis expelled from the Lachin region after the occupation by the Armenian armed forces, try to carry everything possible, including door and window frames.

The footage also shows Armenians setting fire to their houses.

The Lachin region was occupied on May 18, 1992. According to a statement signed between Azerbaijani President Ilham Aliyev, Armenian Prime Minister Nikol Pashinyan, and Russian President Vladimir Putin on November 10, Lachin will come under the control of the Azerbaijani Armed Forces on December 1.