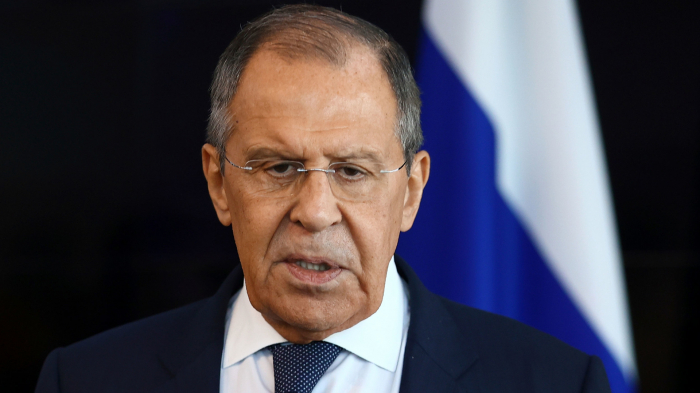 “Russia had proposals regarding the settlement of Karabakh back in 2012. If those proposals were accepted at that time, this problem could be settled once and for all,” said Russian Foreign Minister Sergey Lavrov at the press conference.

“From that period, the concept of keeping the status of Karabakh later emerged. The concept was very simple. Armenians had to leave the five regions around Karabakh, keep two districts connecting Karabakh and Armenia, and the fate of these districts which are Azerbaijani districts, no one disputes this, would be determined during the period that Karabakh’s status would be determined. At that time, the concept of keeping status for later appeared for the first time. “Keeping for later” means to the future generations. Then a war occurred. Trilateral statements were adopted, and trilateral summits took place. At that time, there was a concept that Karabakh’s status can be kept for later. Based on this, Russia formed its version of the peace agreement, which was presented to the parties in the spring of this year. That phrase (keeping status for later”-ed) was kept there. The Azerbaijani side said that it supports practically everything. However, the issue of status needs to be further worked out.

Read more:   Azerbaijan at exhibition in Minsk as part of second European Games

We tried to get back to this issue in Sochi at the end of October in order to understand how ready our partners are to settle all the issues and keep the status of Karabakh for later. However, President Aliyev and Prime Minister Pashinyan brought a document from Prague which noted that they wanted to sign the peace treaty guided by the UN charter and the Alma-Ata Declaration. It’s noted in the Alma-Ata declaration that the borders between the new states will be based on the administrative borders between the union republics of the former USSR where is the Nagorno-Karabakh Autonomous Province was unambiguously a part of the Azerbaijan Soviet Socialist Republic. Therefore, by signing this agreement, our Armenian colleagues want Russia to approve its proposal regarding the status of Karabakh. You can understand that it is not from a negotiation opera, but a different opera,” said Lavrov.