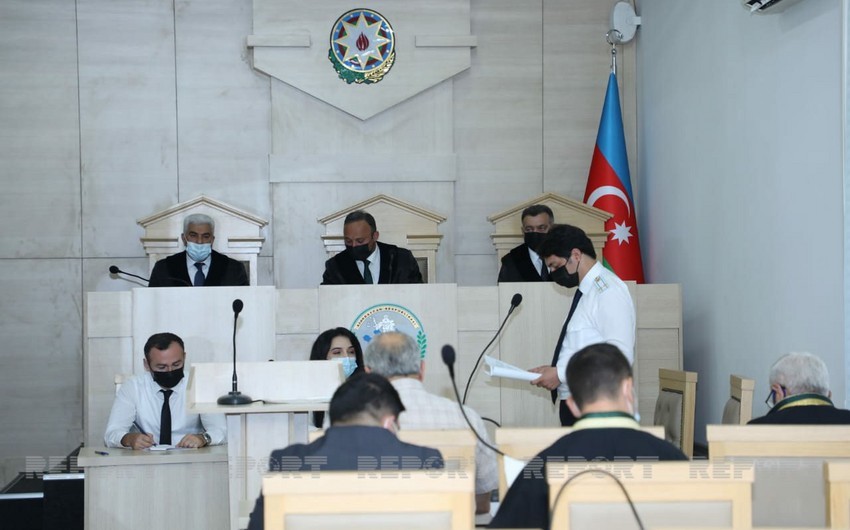 A court trial on the criminal case of Armenians Davtyan Davit Tigrani and Sujian Gevorg Rubenovich accused of spying continues in the Baku Court on Grave Crimes.

Report informs that Vidadi Orujaliyev gave testimonies as a witness at the process presided by judge Ali Mammadov.

He noted that the detainees were not supplying any humanitarian assistance when they were detained. They were in a civil uniform and had documents in the Armenian language.

It was also stressed during the court trial that another witness – Vugar Abdullayev – is not attending because of a special assignment on the state border. The court read out Abdullayev’s testimonies.

Then the stage of studying documents started at the court trial.

Defendant Gevorg Sujian earlier said he regrets his actions: “We apologize to all of you, please, forgive me.” The other defendant Davit Davtyan also apologized.