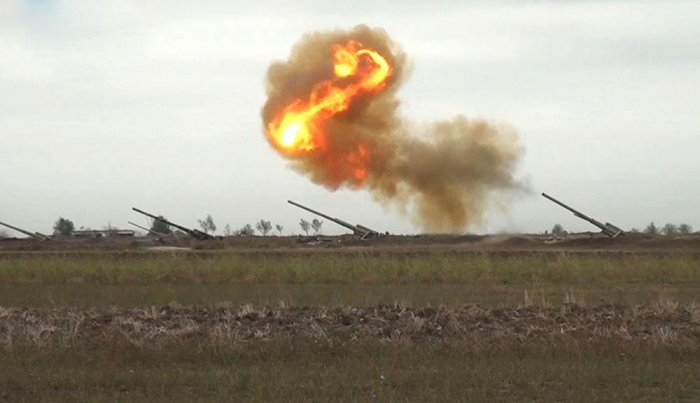 The monitoring conducted based on information confirmed by the Azerbaijani Defence Ministry shows that until September 27, the Armenian side constantly tried to commit provocations.

The Azerbaijani Prosecutor General’s Office informed that the Armenian armed forces, which continue to commit crimes against peace and humanity, fired at a combat post in Aghdam village of Tovuz district at about 05:00 pm on September 20, 2020, thereby violating the ceasefire. Consequently, soldier Gurbanov Gurban Azad received a shrapnel wound on the right shoulder.

On September 21, the Defence Ministry said that the Armenian side deliberately aggravates the situation on the line of contact between the Armenian and Azerbaijani troops and in the direction of the state border with Armenia. As a result of the combat activities of the Azerbaijani air defence units, another Armenian tactical UAV was destroyed.

Junior Sergeant Elshan Mammadov was killed at 09:20 on September 21 in the Tovuz direction on the Armenia-Azerbaijan state border, as a result of another Armenian military provocation on the border.

Starting from September 27 until this morning, about 2,300 enemy servicemen were killed and wounded, about 130 tanks and other armored vehicles, more than 200 artillery pieces, multiple launch rocket systems, grenade launchers, about 25 air defense systems, 6 command posts, and command-observation posts, 5 ammunition depots, about 50 anti-tank weapons, 55 vehicles were destroyed and forced out of operation.

During yesterday’s fighting on the territory of Shushakend of Khojaly region, one S-300 anti-aircraft missile system was destroyed.

By now 12 civilians lost their lives and 40 civilians hospitalized as a result of Armenian aggression.

Since December 1996, its co-chairing institution consisting of Russia, the United States, and France has been operating.

During 1992-1996, the Presidents of the UN Security Council issued statements reaffirming the territorial integrity and sovereignty of Azerbaijan and expressing support for the efforts of the OSCE Minsk Group aimed at the peaceful settlement of the conflict.