An exhibition is being held in Tbilisi, Georgia, as part of the “Documentary Photography in the South Caucasus” project with the support of the Swiss Agency for Development and Cooperation (SDC), Report informs.

The opening of the exhibition “Ground Zero” was organized by the Georgian Association of Documentary Photographers and Adjara Group on June 25.

According to introductory information about the exhibition, a total of 300 photos by Azerbaijani, Armenian and Georgian photographers will be displayed at the event. According to the organizers, the event’s purpose is to reflect the current situation in the South Caucasus. As the organizers accepted this condition of the Armenians, the exhibition, which has been receiving visitors since June 25, did not include photos from Azerbaijan. On the eve of the opening day, the organizers changed the exhibition’s poster and said that the works of Azerbaijani photographers would be exhibited from July 3. Documentary photos of Armenian photographers, which will be displayed up until July 2, will be removed on that date.

Read more:   Azerbaijan increases imports of butter from Turkiye by more than 34 times

Another highlight of the exhibition was not only attracting more attention but also causing a great surprise and regret. Thus, the information boards on about five photos about Armenia contain blatant provocations against Azerbaijan and fabricated facts about the Second Karabakh War. The boards reflect the facts interpreted by the Armenian side on the Second Karabakh War, rather than information about the photographer and the work. For example, let’s look at a part of a short description of Firuza Khalafyan’s “Unaddressed (fragmented) Memory” photo story: “… the regions of Artsakh (Nagorno-Karabakh) that Armenia ceded to Azerbaijan, following the ceasefire document signed on November 10, 2020…”.

The word “Artsakh” is also found in the information about another photographer representing Armenia, Anahit Hayrapetyan. The information board shows Xtsaberd, Artsakh, as the photographer’s birthplace. This is the Chaylaggala village of the Khojavend district, which was liberated from the occupation of Armenia on November 9, 2020 during the 44-day Patriotic War by the brave Army of Azerbaijan. In general, the more you read about the work of Armenian photographers, the more you get the wrong impression that Armenia is a “victim” and Azerbaijan is a “ruthless occupier.” In photographer Nelli Shishmanyan’s “Life in the palm of a hand” photo story, Azerbaijan is presented as an enemy who may attack and end the lives of the residents of the villages on the border with Armenia at any moment.

In the comments on the “Road to independence” photo story by Ruben Mangasaryan, it was noted that the central theme of the author’s work was “The war with Azerbaijan for the independence of Karabakh.” One of the documentary photos of the photographer, which reflects the protests in Yerevan, also includes a “Recognize the genocide in Sumgayit” poster. 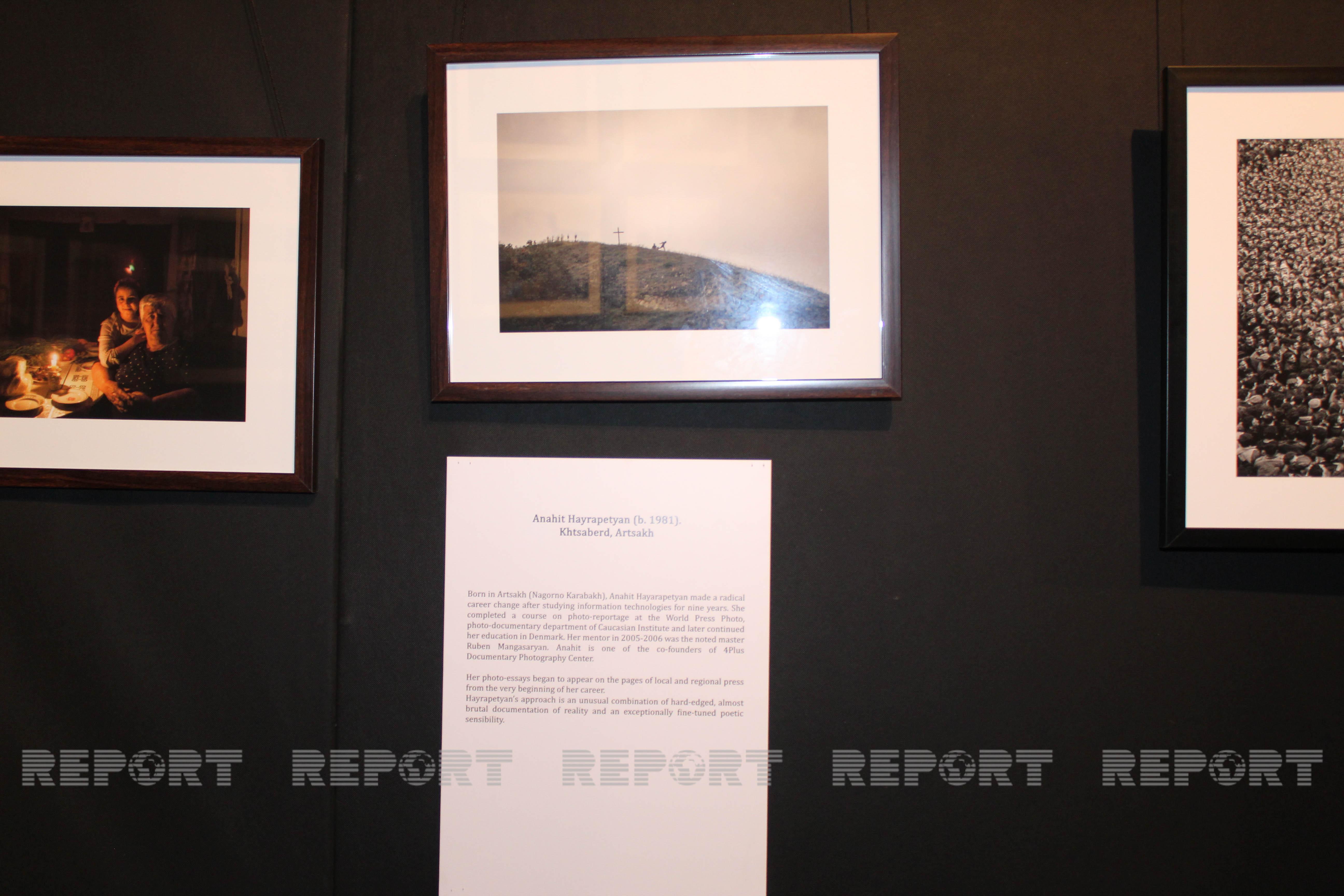 These cases confirm that the organizers of the photo exhibition showed great carelessness and irresponsibility. Armenian photographers see the exhibition as an ideal place to deceive others with lies and “facts” that are far from the truth. However, as the proverb says, “a lie has no legs.”

The Azerbaijani Embassy in Georgia, informed about the exhibition in advance, promptly exposed the provocative actions against Azerbaijan. An embassy official harshly criticized David Tskhadadze, the head of the Georgian Documentary Photographers Association, one of the organizers of the event, at the exhibition’s opening ceremony and demanded the removal of anti-Azerbaijani parts in the articles on Armenian photographers. Following the embassy’s quick response, the billboards containing the provocative texts were removed from the exhibition hall the following day. 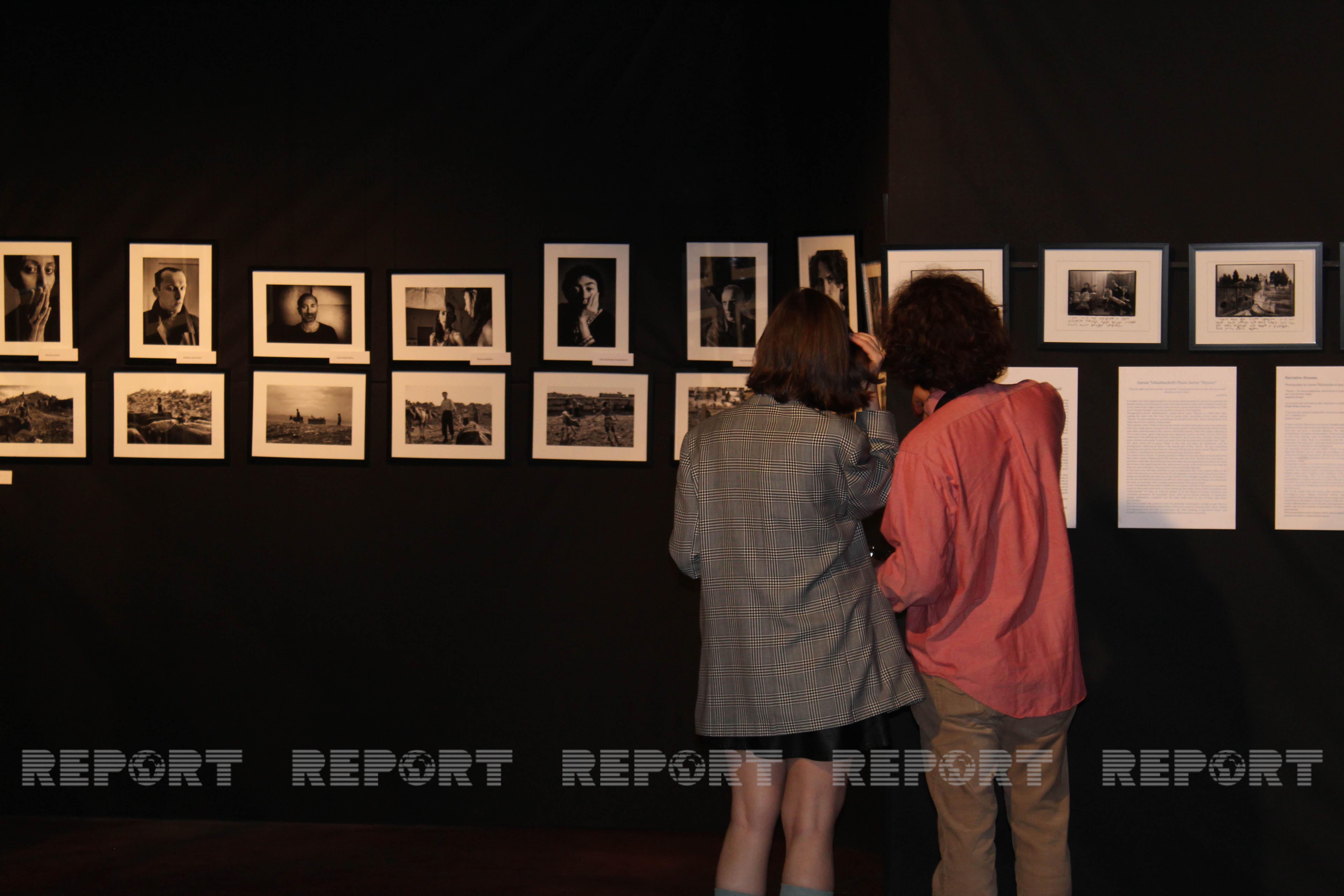 Read more:   Azerbaijan recognized as one of best countries in fight against COVID-19

This provocation by Armenian photographers proves once again that Armenia still ignores Azerbaijan’s calls to turn the page of hostility and restore peace. On the contrary, it continues to spread falsehoods in foreign lands. The proposal of Azerbaijani photographers coincides with the position of the state. Azerbaijan has restored its territorial integrity and is in favor of living in peace, not at war with Armenia. According to President Ilham Aliyev, Azerbaijan wants to normalize relations and turn the page of hostility. The provocation that Armenia is trying to commit in Tbilisi shows that the neighboring country does not want to understand the reality and has not yet decided to give up the “truths” they have invented.

In conclusion, we must note that, as mentioned above, the event’s purpose is to reflect the current situation in the South Caucasus. When accepting photos for the exhibition, the organizers had to determine whether they fit the theme. Documentary images of Armenian photographers not only do not reflect the current situation, but also seriously distort the reality, even historical facts. The current situation in the region is completely different – there are new opportunities for peace, peaceful coexistence and economic progress, and Armenia must accept this reality.