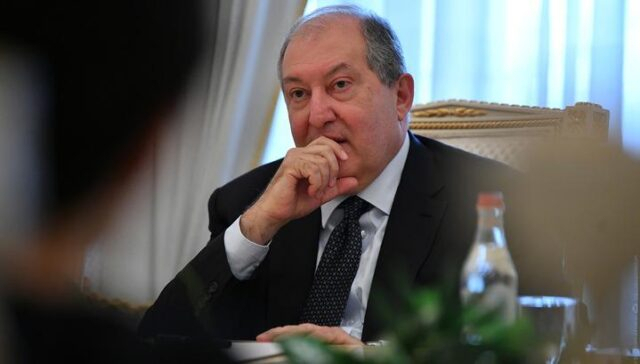 Armenian President Armen Sarkissian decided on Saturday not to put his signature under Prime Minister Nikol Pashinyan’s proposal to dismiss Chief of the General Staff Onik Gasparyan, who alongside the other military top brass, had demanded the prime minister’s resignation, the presidential press service said, according to TASS.

“Within his presidential powers, the president has sent back the draft order with objections. The president pursues the only goal of protecting the country from threats to its constitutional order and security, of ensuring the country’s stability and the normal functioning of its Armed Forces,” the statement says.

Sarkissian added that he was not supporting either of the political forces, but the decree dismissing the chief of the General Staff, according to lawyers, was unconstitutional.