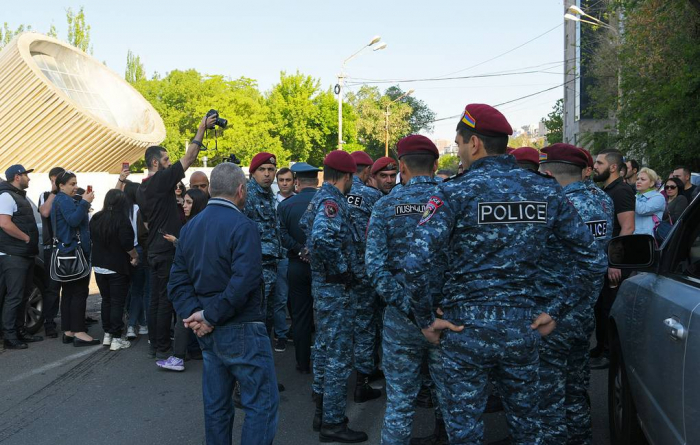 Armenian police Tuesday morning took dozens of protesters into custody who were blocking streets in the capital, Yerevan, demanding that the prime minister step down, according to TASS.

These protests have been streamed online by local news portals.

Several streets in central Yerevan have been blocked, and police are continuing arrests. Heavy traffic jams are reported along nearby routes.

Among those arrested were ex-President Robert Kocharyan’s son, ex-Education and Science Minister, and Deputy Chairman of the Republican Party Armen Ashotyan, and other political and public figures.