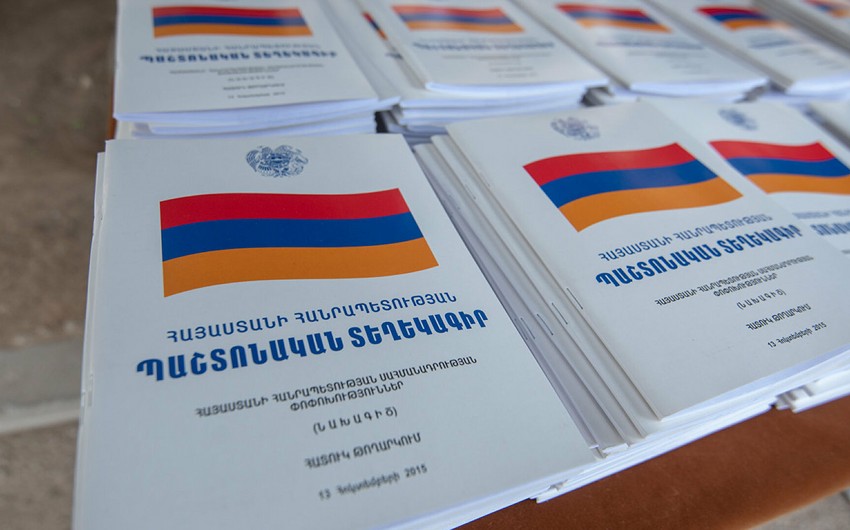 The members of the Council for Constitutional Changes have been announced in Armenia, Report informs, citing Sputnik-Armenia that the list was approved by a decision of Prime Minister Nikol Pashinyan on January 27.

The Council will be led by Minister of Justice Karen Andreasyan. It will include a representative of Armenia on international legal issues, the head of the parliamentary commission on state-legal issues, a human rights defender.

In addition, the Council for Constitutional Changes will include a member of Supreme Judicial Council Vigen Kocharyan, MP Vahagn Hovakimyan of the Civil Contract party, the leader of the Bright Armenia party, Edmon Marukyan, a representative of the Republic party, Masis Melkonyan.

The Council will also include representatives of public organizations – NGO Vanadzor Office of the Helsinki Civil Assembly, NGO Union of Informed Citizens, NGO Europe of Law.