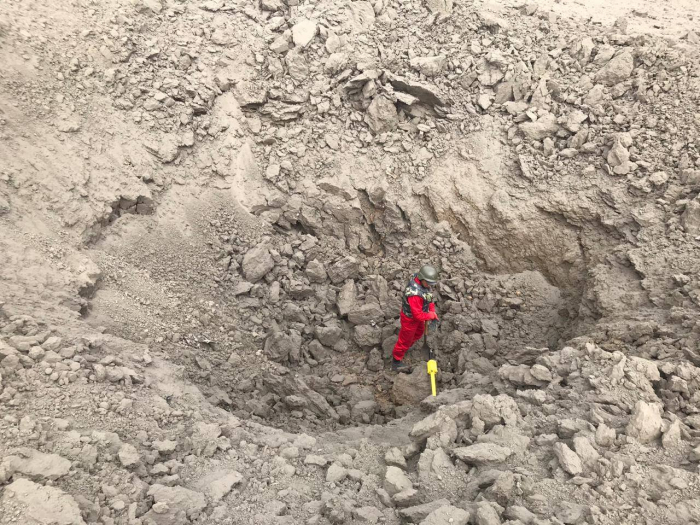 On October 22, the Armenian Armed Forces shelled residential areas in Gabala, Siyazan and Kurdamir cities of Azerbaijan using SCUD ballistic missiles deliberately targeting civilians and civilian infrastructure violating the norms and principles of international law, including the requirements of the 1949 Geneva Conventions and the requirements of the humanitarian truce, agreed on October 18, 2020, at 00:00according to the press service of the Prosecutor General’s Office of the Republic of Azerbaijan.

As a result of the missile attack, 17 years old Murad Amirbeyov, a resident of Gabala city was hospitalized with injuries and 5 houses were destroyed.

Also, the Armenian Armed Forces fired a missile targeting the Oguz-Gabala-Baku water pipeline, which supplies drinking water to the Absheron Peninsula and is of special strategic importance for Azerbaijan. However the missile was neutralized by the air defense forces of the Azerbaijani Army, parts of the missile fell near the pipeline.

Currently, the scene of an incident is being assessed and respective operative investigative measures are performed by prosecutors and investigators.

Further information will be provided to the public shortly.