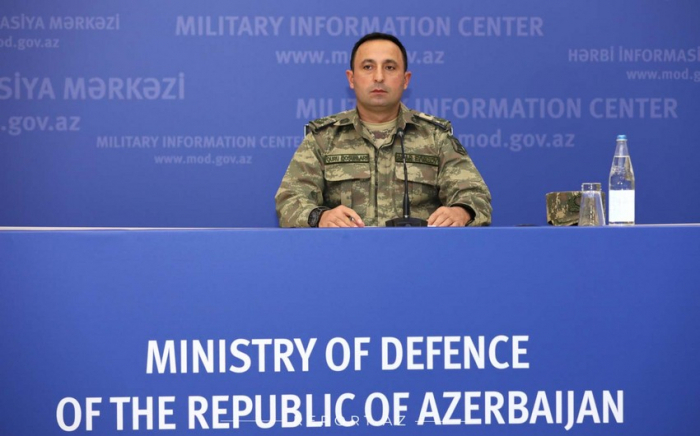 The Azerbaijani army is successfully continuing its counter-offensive operation, spokesman for the Azerbaijani Defense Ministry, Colonel-Lieutenant Anar Eyvazov said at the briefing on Oct. 1.

“On the fifth day of the operation, the Armenian armed forces suffered big losses,” the spokesman added. “The Armenian Armed Forces are forced to retreat in various directions.”

“The information about allegedly shot down Azerbaijani helicopter spread by the Armenian media is a lie,” Eyvazov said.