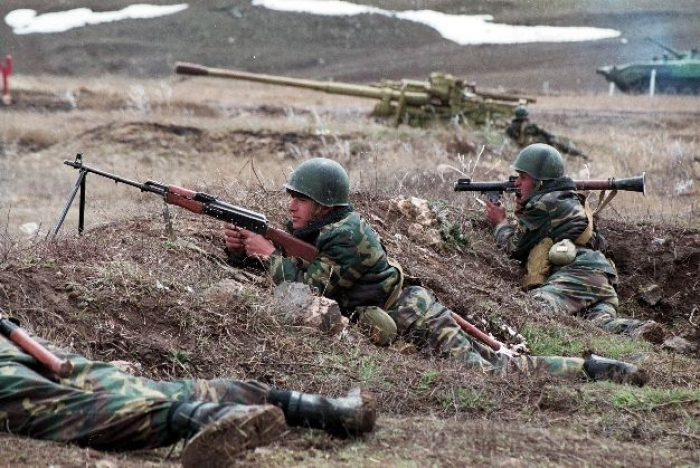 Armenian armed forces opened fire from artillery installations in the direction of the Khanlyglar village of Azerbaijan’s Gazakh region at 14:28 (GMT +4) on July 14, said the Azerbaijani Defense Ministry.

No human casualties were reported.

Starting from noon on July 12, units of the armed forces of Armenia, grossly violating the ceasefire in the direction of Azerbaijan’s Tovuz district along the Azerbaijani-Armenian state border, opened artillery fire at Azerbaijani positions.

Azerbaijan’s sergeant of military service Vugar Sadigov and corporal Elshad Mammadov, died while repelling the attack of the Armenian armed forces. Another serviceman, Khayyam Dashdemirov died from severe wounds despite the doctors’ efforts.

The tensions in Tovuz district on the Azerbaijan-Armenia state border continued July 12 night. During the night battles, by using artillery, mortars and tanks, the Azerbaijani armed forces destroyed a stronghold, bombshells, vehicles and servicemen on the territory of the Armenia’s military unit. Senior lieutenant of Azerbaijani army Rashad Mahmudov was killed during the battles.