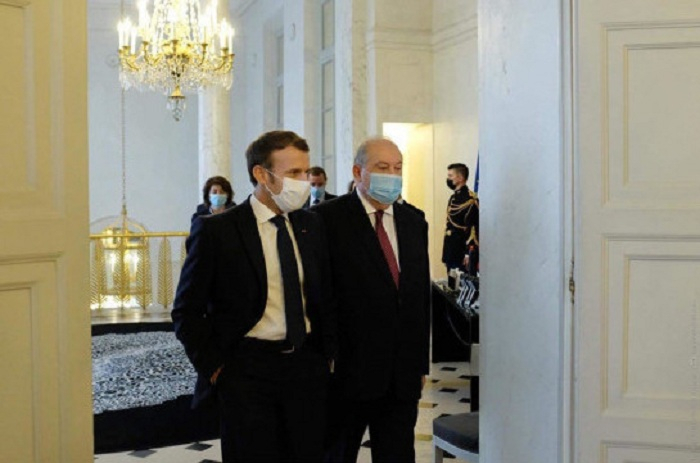 Armenian President Armen Sarkissian left for France following his visit to Brussels, according to the Armenian media.

Armen Sarkissian discussed the current situation in the Nagorno-Karabakh conflict zone in a meeting with his French counterpart Emmanuel Macron at the Elysee Palace.

Sarkissian praised the efforts and position of France and President Macron as the OSCE Minsk Group co-chair on the settlement of the Nagorno-Karabakh conflict.

“The French president expressed concern over the ongoing military operations and the current situation. The presidents said there was no alternative to a  peaceful solution to the conflict, stressing the need to implement the ceasefire agreements, ” the press service of the Armenian President added.