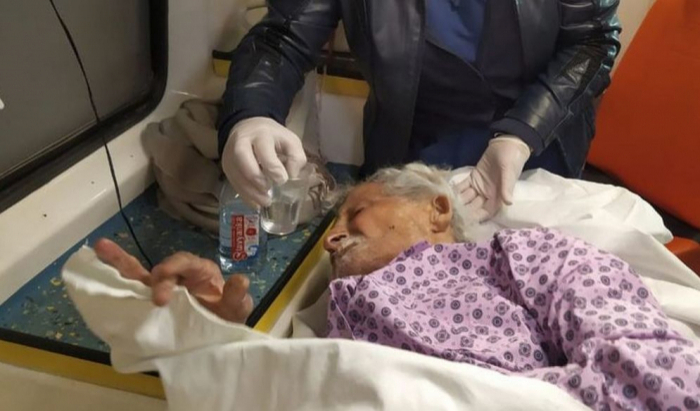 Despite the fact that the Azerbaijani side tried to transfer the body of a 84-year-old Misha Melkumyan to Armenia through the mediation of the ICRC, the Armenian side refused to accept Melkumyan’s body, the State Commission of Azerbaijan for Prisoners of War, Hostages and Missing Citizens told reporters.

“Melkumyan was found in a helpless state due to the fact that as a result of the retreat of Armenians from Hadrut he was left without food and water. Despite this, the Armenian side refused to accept him,” said the message.

“Suffering from chronic ischemic heart disease, kidney failure, pneumonia, bedsores and other serious diseases, Melkumyan was immediately hospitalized, to stabilize his condition, all the necessary medical procedures were carried out with appropriate registration. Melkumyan’s serious health condition was also confirmed by ICRC specialists,” the message noted.

“Despite the measures taken, Melkumyan died on the night of October 30, the epicrisis of his illnesses was transmitted to the ICRC. Despite reaching a preliminary agreement on the transfer of Melkumyan’s body through the mediation of the ICRC and carrying out all the organizational work by the Azerbaijani side, Armenia, once again demonstrating disrespect for the norms of international humanitarian law, refused to take Melkumyan’s body and hand it over to his family members,” added the message.

Attempts to present Melkumyan as a prisoner of war are part of the campaign of lies carried out by Armenia, the message said.