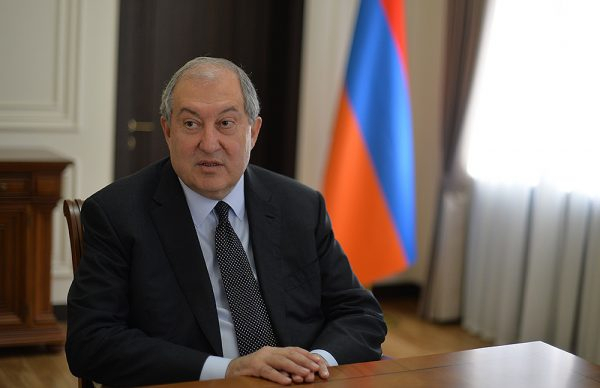 President of Armenia Armen Sarkissian has issued the following statement on the President’s decision on the recommendation to relieve Onik Gasparyan of the post of Chief of the General Staff of the Armed Forces of Armenia:

“There have been meetings with the Prime Minister, Colonel-General Onik Gasparyan and the top command of the Armed Forces, and the Prime Minister’s justifications to not accept the President’s objections regarding the draft decree on dismissal have been studied.