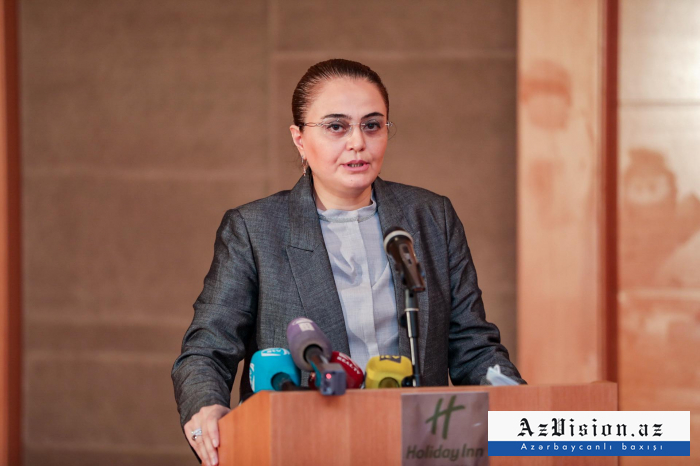 Under international law and the UN Charter, Armenia must be held accountable for its military aggression and other grave crimes against Azerbaijan, Saadat Yusifova, Deputy Head of the Department for work with NGOs and communications at the Presidential Administration of Azerbaijan, said on Tuesday.

The PA official recalled that Armenia’s attempts to maintain the status quo and change the format and essence of negotiations during the last two years of the conflict, the failure to impose sanctions on Armenia, the impunity that has prevailed for years, and the provocation Yerevan resorted to in July-August 2020 resulted in Armenia’s new large-scale attack on Azerbaijan on 27 September 2020.

“In response, Azerbaijan, exercising its right to self-defense enshrined in Article 51, UN Charter, has resolved the 30-year-long conflict by military and political means, and restored its territorial integrity and historical justice,” she said.

Read more:   "Part of Azerbaijani-Iranian border not controlled due to Armenian occupation"

The conflict is ‘a thing of the past’, said Yusifova, emphasizing that  Azerbaijan, itself, enforced the implementation of the relevant UN Security Council resolutions, probably, it was the first case in the world since the establishment of the UN.

The Azerbaijani official underscored the need for joint efforts to build a mechanism for implementing UN Security Council resolutions in a bid to avoid double standards and a selective approach.

“A new reality that emerged after Azerbaijan’s 44-day Patriotic War will be one the key factors in ensuring lasting peace, prosperity and security in the region,” Yusifova added.