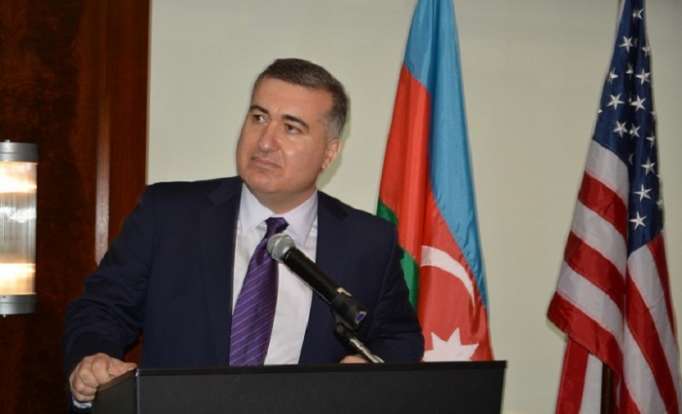 On Oct. 28, the armed forces of Armenia, using internationally prohibited Smerch cluster munitions, hit the Azerbaijani city of Barda causing scores of civilian causalities, according to the Azerbaijani embassy in the US.

“As a result of this treacherous missile attack, in the largest death toll from a single attack, 21 civilians were killed, including children. More than 70 were seriously injured. This comes a day after another missile attack on Barda killed four civilians, including a child, and wounded 13 others,” the statement said.

“Its attacks on communities in Barda and Ganja constitute war crimes. The persistent targeting of innocent people and civilian infrastructure far away from the military operations shows that Armenia disregards both humanity and the mediation efforts of the international community. Armenia has no desire for a diplomatic solution. By attacking civilian residential areas during the formally declared humanitarian ceasefire and a day before the Geneva meeting of the Foreign Ministers under the auspices of the OSCE Minsk Group Co-Chairs, Armenia is undermining the negotiations and increasing tensions,” he said.

“As reported, following intensive negotiations facilitated by the United States on October 24, Armenian and Azerbaijani Foreign Ministers reaffirmed their commitment to implement and abide by the humanitarian ceasefire agreed to in Moscow on October 10. Unfortunately, just minutes after the ceasefire took effect at midnight EST on October 26, Armenia’s armed forces subjected Azerbaijan military positions and civilian residential areas to intensive artillery fire along the entire frontline of the conflict. Particularly, civilians are being targeted in Dashkasan, Aghjabadi, Tartar, Aghdam districts,” the statement said.

The ministry said this is the third time in two and a half weeks that the ceasefire regime is being grossly violated by Armenia.

“The other two ceasefires were agreed to on October 10 and 17 with the Russian and French mediation respectively. In the case of the October 17 breach, Armenia launched unprecedented Scud ballistic missile attacks on the second largest city of Ganja within an hour of the agreed humanitarian ceasefire in Moscow. The attack resulted in 12 civilian deaths and dozens injured. Over the last few weeks, Ganja was hit 3 times, killing 26 people, including 6 children and 10 women. Since September 27, 91 civilians, including children, women, and the elderly were killed, nearly 400 civilians have been hospitalized with serious injuries. Targeting innocent civilians demonstrates that Armenia prefers cruel and hideous methods of warfare and has no intention to adhere to any ceasefire,” the statement said.