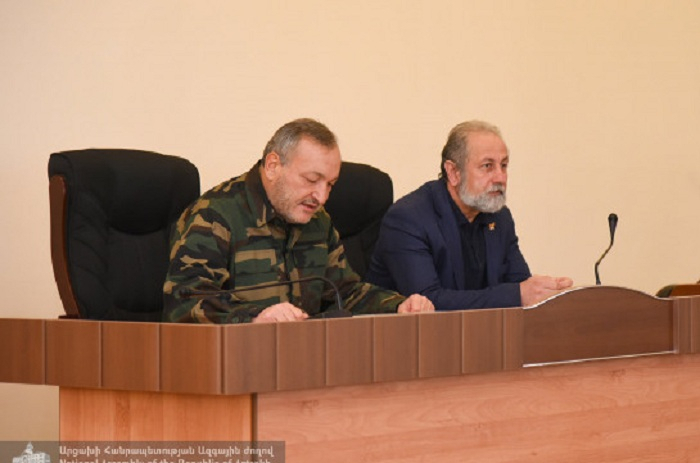 The separatist regime in the occupied Nagorno-Karabakh region of Azerbaijan has adopted amendments to the “bill” to form a “professional army”, according to Sputnik Armenia.

The “law” is considered for mercenaries to fight against Azerbaijan in the occupied territories of Azerbaijan.

Leader of the separatist regime Arayik Harutyunyan has already approved the “document”.

Note, Armenia brings mercenaries and terrorists, especially from the Middle East to fight against Azerbaijan. Azerbaijan has officially announced information and facts in this regard.

By adopting this “law” through the separatist regime, the Armenian government reaffirms its involvement of terrorists and mercenaries in the Karabakh war and shows that it will continue this illegal activity in future.