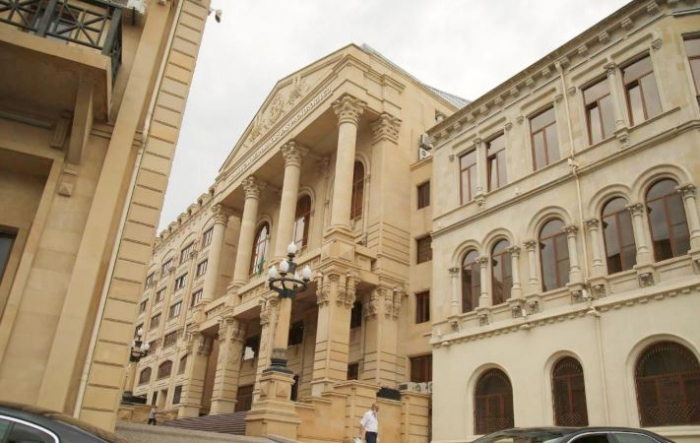 As reported earlier, the military-political leadership of the aggressor Armenia continues to commit acts of terrorism against the civilian population, grossly violating the norms and principles of international law. Densely populated areas – regional and rural centers, civil infrastructure objects – hospitals, medical centers, school buildings, kindergartens are selected as targets, according to Prosecutor General’s Office of the Republic of Azerbaijan.

On September 30th at about 16:00 as a result of heavy artillery shelling of the densely populated areas of Azerbaijan by the enemy armed forces, Rustamov Murad Tahir, born in 1990, was killed by shrapnel fragments that fell near one of the gas stations in Horadiz, Fuzuli District. Three civilians were hospitalized with various injuries and the station was seriously damaged.

At the same time, on September 30th at around 15:00, another heavy artillery shelling resulted in collapsing of an auxiliary building in the courtyard of a house belonging to Ogorodnik Lyuda Vasilyevna, a resident of Yenikend village, Terter District.

At present combat conditions all possible investigative measures are being carried out by the prosecution authorities.

The Prosecutor General’s Office of the Republic of Azerbaijan is taking all necessary steps to ensure that servicemen of the provocative Armenian formations who have committed various crimes against our army and civilians are prosecuted and punished within the frames of international law.