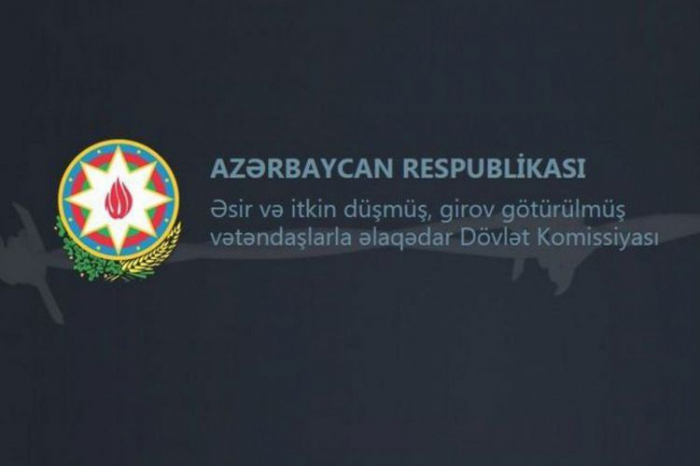 Armenia hasn’t responded to Azerbaijan’s requests and proposals on the release of prisoners of war and detained persons, as well as on the return of the bodies of servicemen, the Azerbaijani State Commission for Prisoners of War, Hostages and Missing Citizens.

According to the commission, since reaching an agreement on a humanitarian ceasefire in Russian Moscow on October 10, meetings between the Commission’s Chairman Ali Naghiyev and other authorized persons with the Head of the International Committee of the Red Cross (ICRC) in Azerbaijan Ariane Bauer on the above issues were held.

During the meetings, it was stressed that Azerbaijan is ready for the mutual exchange of bodies of dead servicemen from both sides, and even the return of the bodies of Armenian soldiers unilaterally, as well as the release of two Armenian servicemen and two civilians in Azerbaijan in exchange for two Azerbaijani prisoners of war held by the opposing side.

As reported, the Azerbaijani side has also expressed its readiness to unilaterally release an 85-year-old Armenian woman who was left behind by the retreating Armenian Armed Forces in the combat zone. Despite all the above, the Armenian side left the requests unresponded.