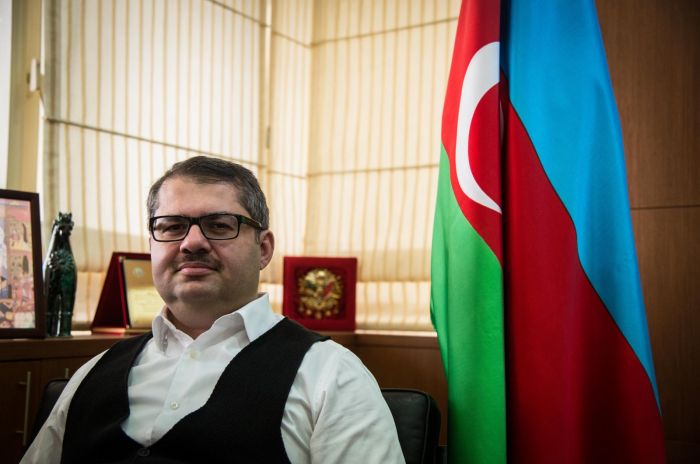 Armenia brought terrorist groups, including the PKK and the so-called Armenian Secret Army for the Liberation of Armenia (ASALA) to the occupied Nagorno-Karabakh region and provided them with weapons, Azerbaijan’s envoy to Turkey told Anadolu Agency (AA).

“They (Armenia) adopted a new national security strategy which specifically indicated that they want to occupy new territories of Azerbaijan,” Azerbaijan Ambassador to Turkey Khazar Ibrahim said in an interview amid the weekend eruption of violence along the Armenia-Azerbaijan frontier.

Previously on Friday, reports stated that many YPG/PKK terrorists who received training in Iraq and Syria were transferred to Azerbaijan’s Nagorno-Karabakh region, which is occupied by Armenia, to train Armenian militias against Azerbaijan and ultimately open a new front against Turkey.

Earlier in September, Armenia proposed to establish a militia of volunteers following tensions with Azerbaijan in the Tovuz region. The YPG/PKK terrorists are expected to train these volunteer fighters, reports said. Armenian Ambassador to Iraq Hrachya Poladian reportedly contacted the YPG/PKK group in Syria and Iraq and convinced them to go to Nagorno-Karabakh for training. The ambassador also secured an agreement with northern Iraq’s Patriotic Union of Kurdistan (PUK), which is led by the Talabani family, for the transfer of terrorists.

The PKK has been responsible for some 40,000 deaths – including women, children and infants – in its decades-long terror campaign, while ASALA is responsible for the murders of dozens of Turkish diplomats in targeted terrorist assassinations.

Noting the recent Armenian aggression against Azerbaijan this July when Yerevan’s forces attacked the northwestern border province of Tovuz, an Azerbaijani territory some distance from Nagorno-Karabakh and seven other regions, Ibrahim said Armenia’s recent provocations started in the occupied territories.

Armenia’s July cease-fire violations killed 12 Azerbaijani troops and wounded four others. Clashes in the region flared up again on Sept. 21 when an Azerbaijani soldier was killed, and another was injured.

“And we know that within the last several months, Armenia started a volunteer program, gathering people, providing them with training, including women,” he said.

The diplomat warned that his country will not tolerate such provocations and will respond with force.

“The provocation by the Armenian Armed Forces was answered overwhelmingly, and already the Azerbaijani Armed Forces liberated seven occupied villages of Azerbaijan in Fuzuli and Jabrail,” he said.

Ibrahim stressed that the Armenian Armed Forces, together with the terrorist groups they cooperate with, “do not shy away” from deliberately attacking civilians.

He said the Azerbaijani side again suffered casualties and losses among both servicemen and civilians.

In a statement, Azerbaijan’s attorney general said that several servicemen were killed and wounded in clashes, adding that a total of 19 civilians have also been injured so far.

In a written statement, Azerbaijan’s Defense Ministry assured that their army is not targeting civilians, unlike the Armenian side.

Hailing Ankara and the Turkish people’s “unwavering” support for the “just position of Azerbaijan,” as the two are like “one nation, two states,” Ibrahim said: “As always, Turkey stands by Azerbaijan, and Azerbaijan stands by Turkey.”

He said the Azerbaijani and Turkish leaders spoke on the phone today when President Recep Tayyip Erdoğan again stressed the countries’ brotherly relations and very clearly stated that Armenia was the occupying force.

Armenia’s latest violations along the border with Azerbaijan in occupied Nagorno-Karabakh show that it poses the greatest threat to regional peace, Erdoğan said.

“We highly appreciate this brotherly and also very important, very just position of the Turkish government, the Turkish political forces and the Turkish people,” Ibrahim said, adding that what Armenia is doing is against humanitarian law and humanistic ideals, and is basically challenging peace and security in the region and globally.

Ibrahim underlined that the Azerbaijani people are “very much mobilized and gathered” around their commander-in-chief, President Ilham Aliyev.

He emphasized that Azerbaijanis from all across the country have family members who are now serving on the front line.

“And, again, we have both political and I would say spiritual unanimity and unity within Azerbaijani society,” he said.

On Sunday, in an extraordinary meeting, the Azerbaijani parliament declared martial law in some of its cities and regions following Armenia’s border violations and attacks in the occupied Nagorno-Karabakh. Under the decision, a curfew may also be declared at certain times in some regions.

The ambassador also warned that the Armenian leadership should understand that their actions and provocations against Azerbaijan “will never remain unanswered.”

“And they should first think at least about their own people that whatever they are doing, and whatever response they’re getting. Ultimately it will be their people who will suffer from that.”

Saying he sees Armenia’s violence as an attempt to distract from its domestic woes, he urged: “Therefore they should put the interests of the people first instead of provoking these actions, which are probably intended both to calm down internal calamities they have, or whatever other plans and strategies they try to imply.”

Call on the international community

Ibrahim called on all nations around the globe, regardless of where they are located, to follow and act in line with international law.

He said if world leaders fail to do so, then the consequences could include, citing the situation Azerbaijan is facing, having more than 1 million refugees and internally displaced persons for almost three decades, an ethnically cleansing and genocide.

“If you have things like this and you tolerate it, other regions, other places are not immune from that,” Ibrahim warned.

Relations between the two former Soviet republics have been tense since 1991 when the Armenian military occupied Nagorno-Karabakh, an internationally recognized territory of Azerbaijan.

Referencing this fact, four Security Council and two U.N. General Assembly resolutions, as well as decisions by many international organizations, demand that Armenia’s occupying forces withdraw from Nagorno-Karabakh and seven other occupied regions of Azerbaijan.

The Organization for Security and Co-operation in Europe’s (OSCE) Minsk Group – co-chaired by France, Russia and the U.S. – was formed in 1992 to find a peaceful solution to the conflict, but it has yet to do so.

A cease-fire along the Armenian-Azerbaijani border was declared in 1994.