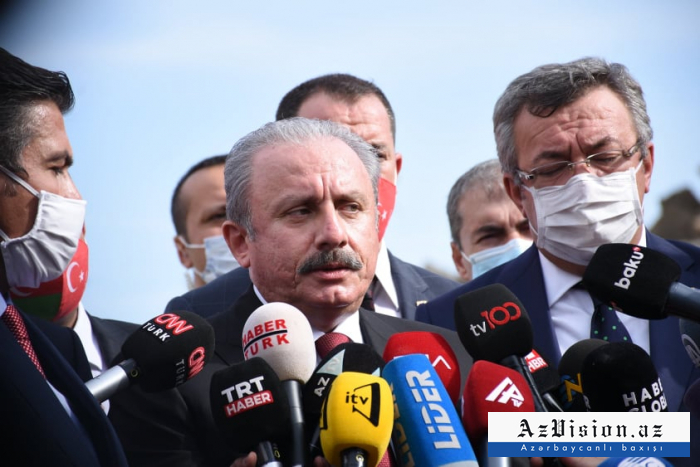 “Ganja is the second largest city of Azerbaijan, suffering the most during the war, in which dozens of civilians killed. Therefore, it would be wrong to return without visiting here”, Mustafa Shentop, the Speaker of the Turkish Grand National Assembly told in a statement to reporters in Ganja.

“Turkey has always been with Azerbaijan since the 1990s. We have always supported Azerbaijan. President of Turkey Recep Tayyip Erdogan sends warm greetings to all Azerbaijani brothers. We supported the just struggle of Azerbaijan. Armenian attacks on Ganja and other regions show that Azerbaijan is right. Armenia commits war crime by bombing civilians”.

He added that Karabakh is the land of Azerbaijan, as it has been throughout history.

Dr Anthony Fauci, the top US infectious disease expert, has apologised for remarks that seemed…