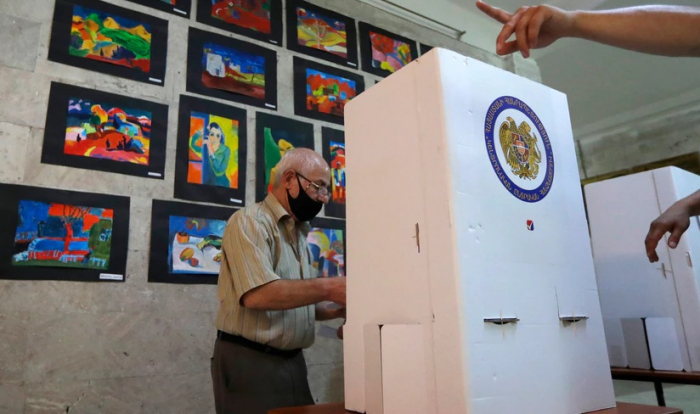 The Civil Contract party of Armenian Prime Minister Nikol Pashinyan is gaining 53.98% of the votes in the early parliamentary elections held in the country on June 20, the CEC reported on Monday, according to Armenian media.

According to CEC, after processing data from 99% of polling stations.

The second place is still held by the Armeniabloc of ex-President Robert Kocharian, which gains 21.1%. Kocharian’s scores increased after counting ballots from 2,003 out of 2,008 polling districts.

It is followed by the I Have Honor alliance bloc of ex-President Serzh Sargsyan (5.21% of the votes) and Gagik Tsarukyan’s party Prosperous Armenia (3.96%).