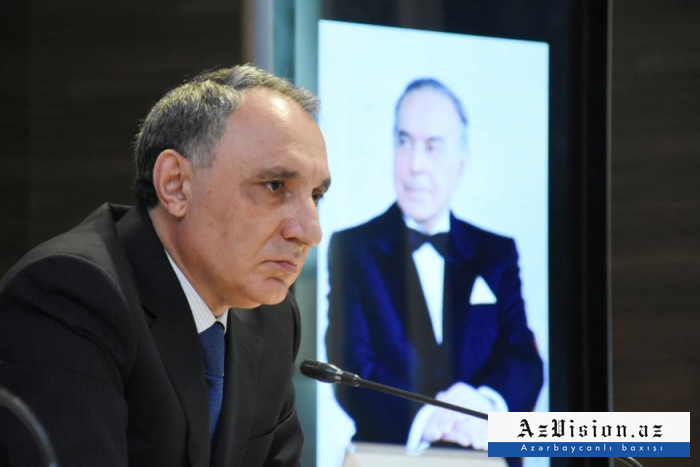 From September 27 up till now, missile strikes against Azerbaijani settlements have been made out mainly from the Armenian territory, Azerbaijani Prosecutor General Kamran Aliyev said at a briefing on Friday.

“Based on the evidence obtained during the operational and investigative operations, Azerbaijani settlements were fired from Armenia’s Vardenis district, in some cases, military bases in Kalbajar district and Nagorno-Karabakh region were used to shell Azerbaijani civilians,” the prosecutor general added.

“Following the investigation, the order of launching missile strikes on Azerbaijani settlements was given by the representative of Armenia in Nagorno-Karabakh region Arayik Harutyunyan, who proclaimed himself the so-called “president of the NKR”,” the prosecutor general said.

“The missile strikes were launched against the Azerbaijani civilians upon his instructions,” Aliyev said. “The expertise was carried out in the areas in which houses and facilities were damaged as a result of shelling.”

“During the investigation, it turned out that the use of these missiles in Armenia is allowed only at the instruction of high-ranking officials,” the prosecutor general said. “Harutyunyan and other officials have also voiced these instructions to shell Azerbaijani settlements on social networks. Their goal is to scare the population and cause panic.”

“The damage caused to the Azerbaijani settlements and population as a result of the Armenian aggression is being clarified,” Aliyev said. “In this regard, 350 witnesses, 1,715 wounded people were questioned, 17 criminalist expertise, 290 forensic expertise were arranged.”