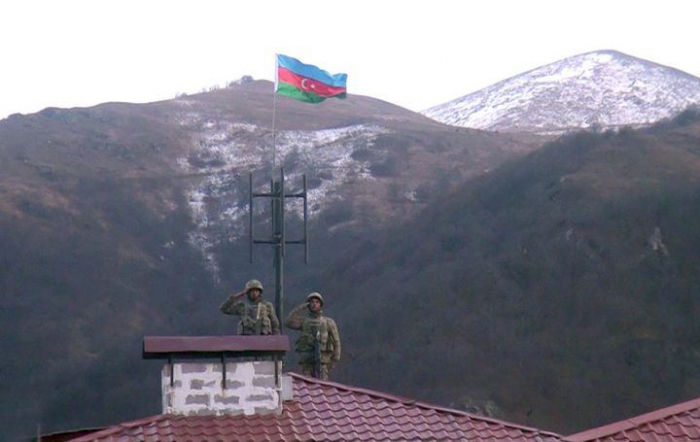 Disinformation of the Armenian side is aimed to hide the losses in its army from the public, said Azerbaijani military expert Adalat Verdiyev, according to Trend.

“If the air defense of Armenia could shoot down two Azerbaijani UAVs in a day, then why is our army raising the Azerbaijani national flag in the city of Shusha today?! Why are we in Lachin and Kalbajar today?! It would be good if the Armenian side answered these questions,” Verdiyev said.

“The UAVs are assembled from many parts. If this had actually happened [the shooting down of UAVs], then the opposite side should have presented pictures of a lot of the wreckage of the apparatus. And only after that, it would be possible to say something about the likelihood of such a case. However, the wreckage demonstrated by the Armenian side can in no way be considered proof that two UAVs were shot down. This is not the first time that an Armenian propaganda has spread misinformation about events on the border of the two countries, as well as in the war zone. Azerbaijan’s side is used to it,” he said.

“It is interesting that the Armenian Armed Forces, unable to withstand the Azerbaijani UAVs during the 44-day second Karabakh war, daily retreating long distances as a result of crushing strikes by our soldiers and drones, unexpectedly, thanks to some miraculous force, recently allegedly shot down two Azerbaijani UAVs and shares this information. Of course, this is not serious. The information has already been denied by the Azerbaijani Defense Ministry,” Verdiyev said.