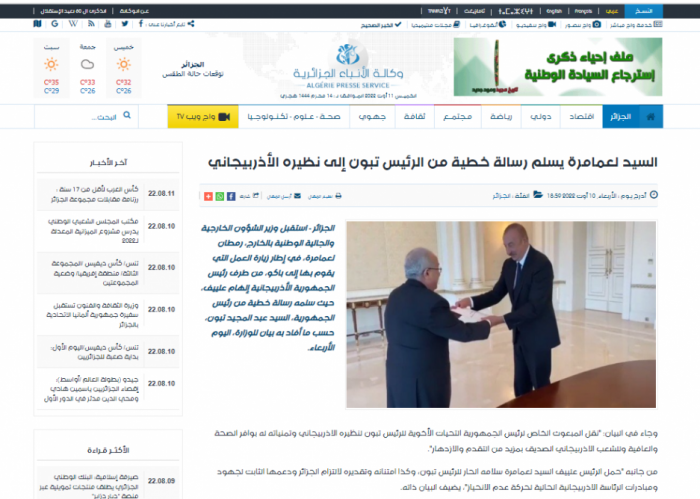 The article noted that Algerian President Abdelmadjid Tebboune follows with great interest the development processes in Azerbaijan, as well as President Ilham Aliyev’s very successful leadership of the Non-Aligned Movement.