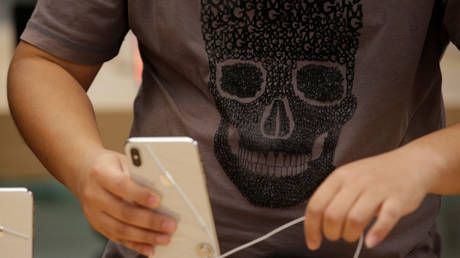 A US ban of popular Chinese messaging app WeChat may have devastating consequences for Apple, plunging the iPhone maker’s sales in one of its most lucrative markets and worldwide shipments.

Executive orders signed by US President Donald Trump last week target two popular services, TikTok and WeChat, accusing their Chinese owners of stealing data on American consumers. As they are set come into force on September 20, all transactions related to WeChat and its parent firm, Tencent Holdings, are set to be blocked.

While the Chinese firm is still trying to figure out how exactly the order will affect it, some analysts warn that the ban may also backfire on their American peers. For example, the US’ most valuable company, Apple, may be forced to remove WeChat from the App Store. This would make iPhones useless for millions of Chinese users for whom the app is an essential part of life, used for many purposes from communication to daily payments. (RT)