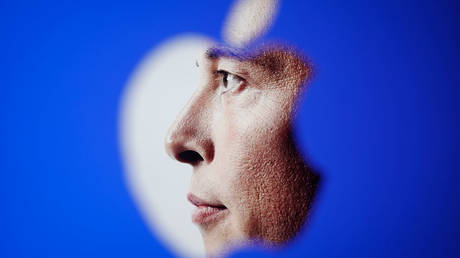 According to the report, Musk also said the tech giant is Twitter’s biggest advertiser.

Musk met with Apple CEO Tim Cook last week, following Musk’s repeated criticism of the tech giant for halting its advertising on the platform and allegedly threatening to remove Twitter from its App Store. Following the meeting, Musk said he and Cook had “resolved the misunderstanding.”

Apple is not the only company to have halted advertising on Twitter since Musk’s takeover in late October and the changes he made to operations. Others include General Motors, Mondelez International, Volkswagen, Chevrolet, Ford, Jeep, Pfizer and Amazon.

The latter, however, may also resume its advertising on Twitter according to a tweet by Platformer journalist Zoe Schiffer on Saturday. Citing “a source familiar with the situation,” she wrote that the US e-commerce giant would restart its ad campaign at about $100 million per year, “pending some security tweaks to the social media company’s ads platform.”