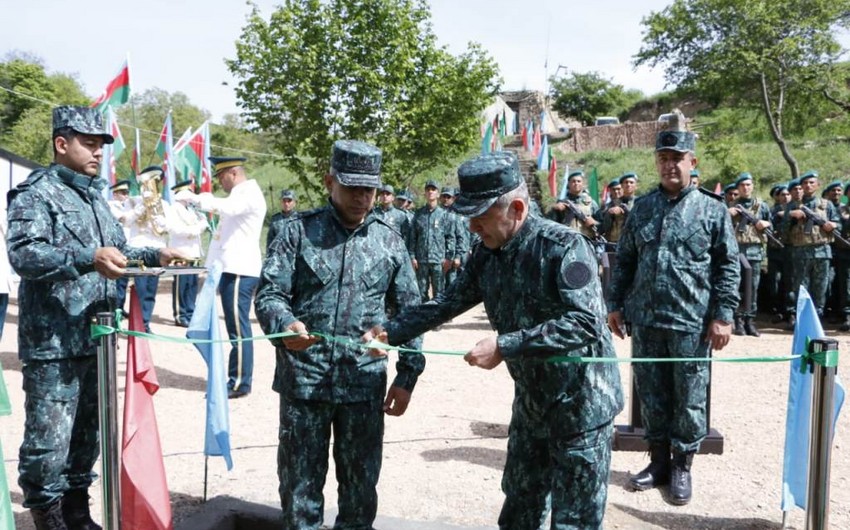 After ensuring the territorial integrity of our state, on the instructions of the President of the Armed Forces of Azerbaijan Ilham Aliyev, comprehensive measures are underway to create the necessary border defense and security infrastructure on the state border with Armenia and improve the service conditions of service members.

Today, a new military unit of the State Border Service has been commissioned on the state border with Armenia in the Gubadli region, Report informs, citing the SBS press service.

It was stressed that the current event was of great importance as it coincided with the 98th anniversary of the birth of National Leader Heydar Aliyev, the founder of our national statehood.

It was also noted that thanks to the attention and care of the Great Leader, who attaches great importance to the issues of protection of state borders, the great development path of the Azerbaijani border guard, the implementation of the concept of National Border Guard determined by him under the Supreme Commander-in-chief of the President Ilham Aliyev are the basis of the current service achievements.

Our people mark May 9 by the defeat of fascism in the Second World War and the commemoration of hundreds of thousands of Azerbaijani sons who fought selflessly on the battlefields.

Ten new military units had been opened in the liberated territories over the past two months. The launch of this military unit was of great importance for the protection of state borders.

After cutting the ribbon symbolizing the opening of the new military unit, the participants got acquainted with the conditions created for the organization of service in the military unit.

At the end of the event, service members who showed high results in their service were awarded.