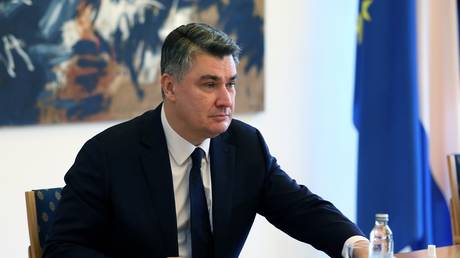 Croatia can’t train Ukrainian troops on its territory as part of the EU aid program as that would be unconstitutional, President Zoran Milanovic said on Tuesday, responding to a request from the defense ministry in Zagreb.

“Given the justifiably great interest of the Croatian public in the announced participation of [Croatian military] members in the EU military assistance mission to Ukraine, and the unclear and unexplained circumstances that participation would entail, the Office of the President has to inform the public that the minister’s proposal is unfit to be considered,” Milanovic said, before explaining his reasoning.

Defense Minister Mario Banozic had sent Milanovic a draft proposal for Croatian participation in the European Union Military Assistance Mission (EUMAM), which reportedly involves training around 15,000 Ukrainian soldiers on the territory of the bloc.

The Croatian constitution does not give Banozic standing to make such a proposal, the president noted. Nor does it allow Ukrainian troops to set foot on Croatian soil, he argued, as Kiev is “not a member of any alliance” Zagreb belongs to and there are no international treaties otherwise regulating their status. 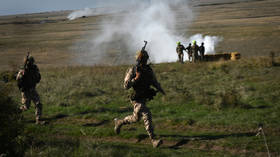 Milanovic’s public rejection of the EUMAM brief is the latest episode in the ongoing power struggle in Croatia. The social-democrat president, who has been in office since February 2020, has often been at odds with the legislature and the cabinet. The nationalist HDZ, which controls both, has been eager for Croatia to train Ukrainian troops. They also overruled Milanovic this spring, when he threatened to veto Sweden and Finland’s application to NATO in order to leverage concessions from the EU and the US.

The Croatian president’s criticism of EU sanctions against Russia – for being ineffective and backfiring on the bloc – has drawn the ire of Ukraine as well, which put him on its notorious “Peacemaker” blacklist.

EUMAM was established on October 17 on the initiative of Czechia, currently presiding over the bloc. Nearby EU members Austria and Hungary have already said they will not participate in the mission either. (RT)