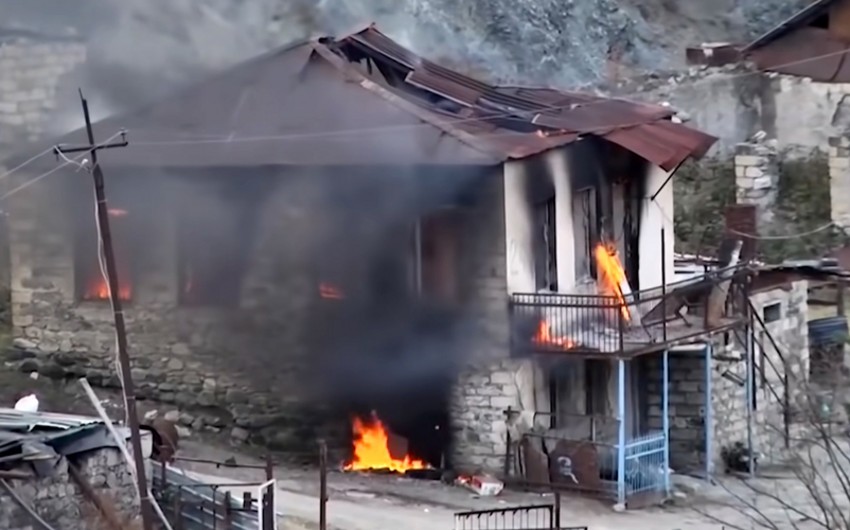 New photos and video footage proving the vandalism of Armenians in the territories of Azerbaijan have been published on social networks, including Facebook and Telegram channels, Report informs.

Videos shared online show an illegal Armenian settler of the Zabukh village of Azerbaijan’s Lachin district setting fire to a house they lived in.

One of the settlers justified the barbaric act by the return of the village to Azerbaijan, saying that they did it so that the house would not be left to the Azerbaijanis.

Similar actions have already become an ordinary practice among Armenians settled in the territory of Azerbaijan. During the Second Karabakh War, they damaged a large number of properties in the territories liberated by Azerbaijan.