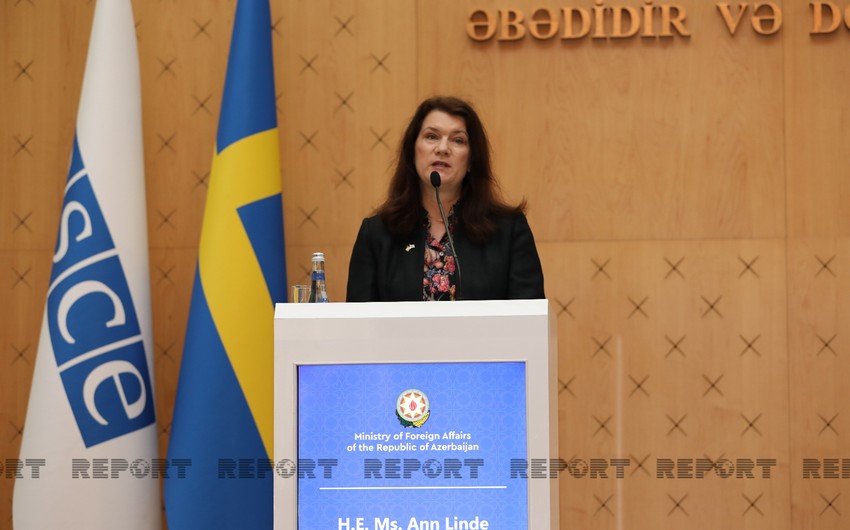 Ann Linde will retain the post of foreign minister in the new Swedish government, Prime Minister Magdalena Andersson said when announcing the composition of her cabinet in parliament, Report informs referring to TASS.

She said that acting Defense Minister Peter Hultqvist will also retain his post. Other key positions were also taken by Andersson’s associates in the Social Democratic Party. The main areas of work of the new cabinet will be the fight against crime and segregation, the ‘green industrial revolution,’ as well as strengthening guarantees in the field of social insurance and pensions.

The formal change of government will take place on November 30 at a special council at the Royal Palace chaired by Carl XVI Gustaf. The meeting will also be attended by Crown Princess Victoria, Speaker of Parliament Andreas Norlen and cabinet members.