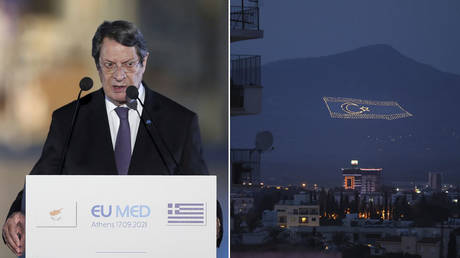 Turkey has lashed out at southern EU member states over how they dealt with Eastern-Mediterranean issues at their annual summit in Greece this week, especially on key issues like Cyprus and irregular migration in the region.

In a short statement on Sunday, a spokesman for the Turkish Ministry of Foreign Affairs called parts of a declaration adopted during the EU summit in Athens “biased, lacking vision, and disconnected from reality, as was the case in previous years.”

Signatories should “drop their one-sided and biased attitude” and stop blindly following Greece and the Greek Cypriot Administration “under the pretext of solidarity,” Tanju Bilgic added.

The rebuke from Ankara came in response to the Friday summit of EUMED, a grouping of EU members that border the Mediterranean Sea. This year the group was expanded from seven to nine members, after Croatia and Slovenia joined it. It also includes France, Greece, Italy, Malta, Portugal and Spain, as well as the Greek government of Cyprus. (RT)

Azerbaijani servicemen in reserve called up for training

Azerbaijani servicemen, who are in reserve, are called up for military (training and testing) and…